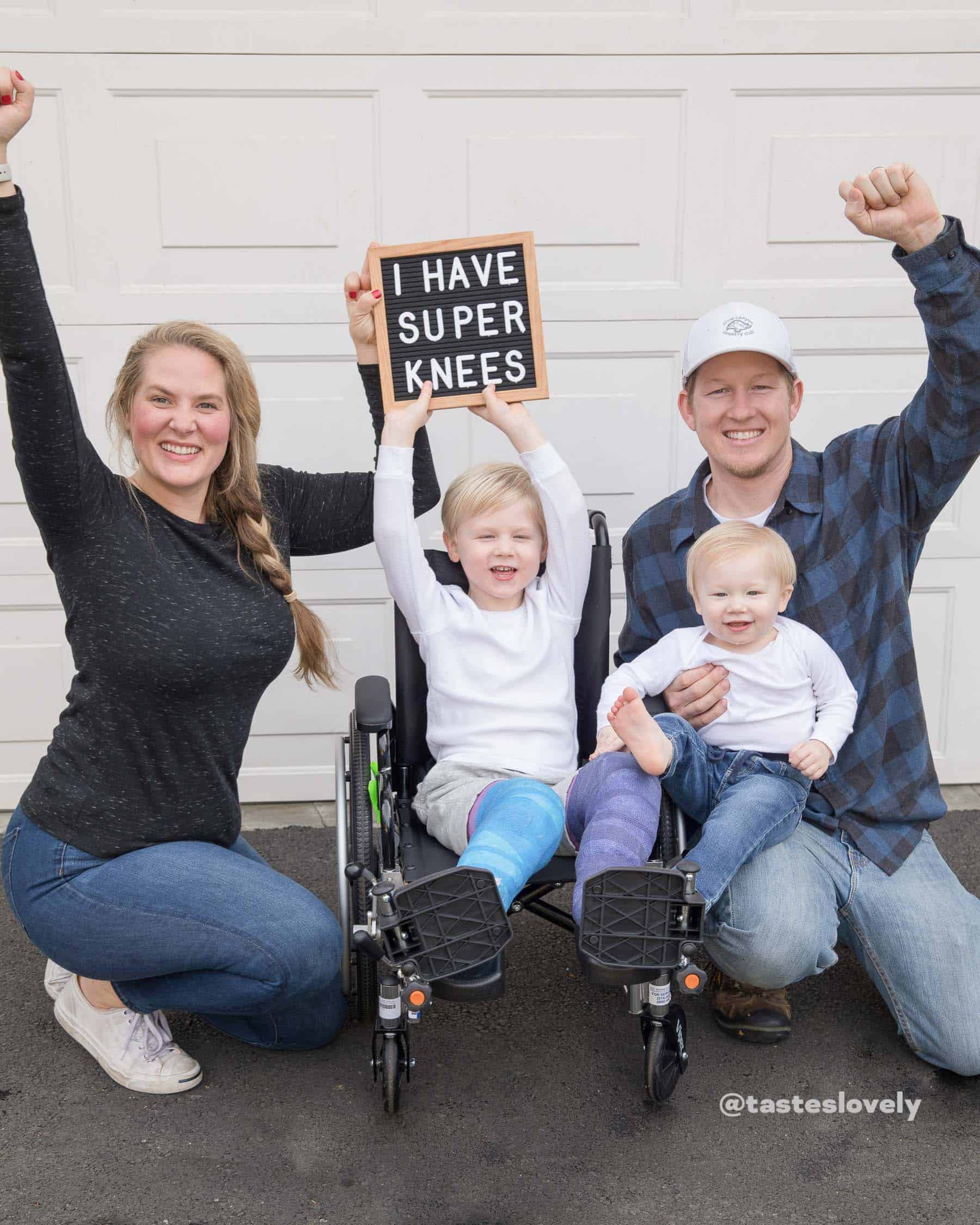 Our oldest son Josh, who is now 4 years old, was born with birth defects that we have been correcting over the years.

He had his 4th, and most intense surgery last week.

I’ve never shared any of this publicly, but it is such an inspiring story and important part of our family. I hope inspires you to hear it.

It was easier to talk through all of this. I recorded a video of me explaining all about it here:

Watch Why My Son Is In Full Leg Casts + A Wheelchair 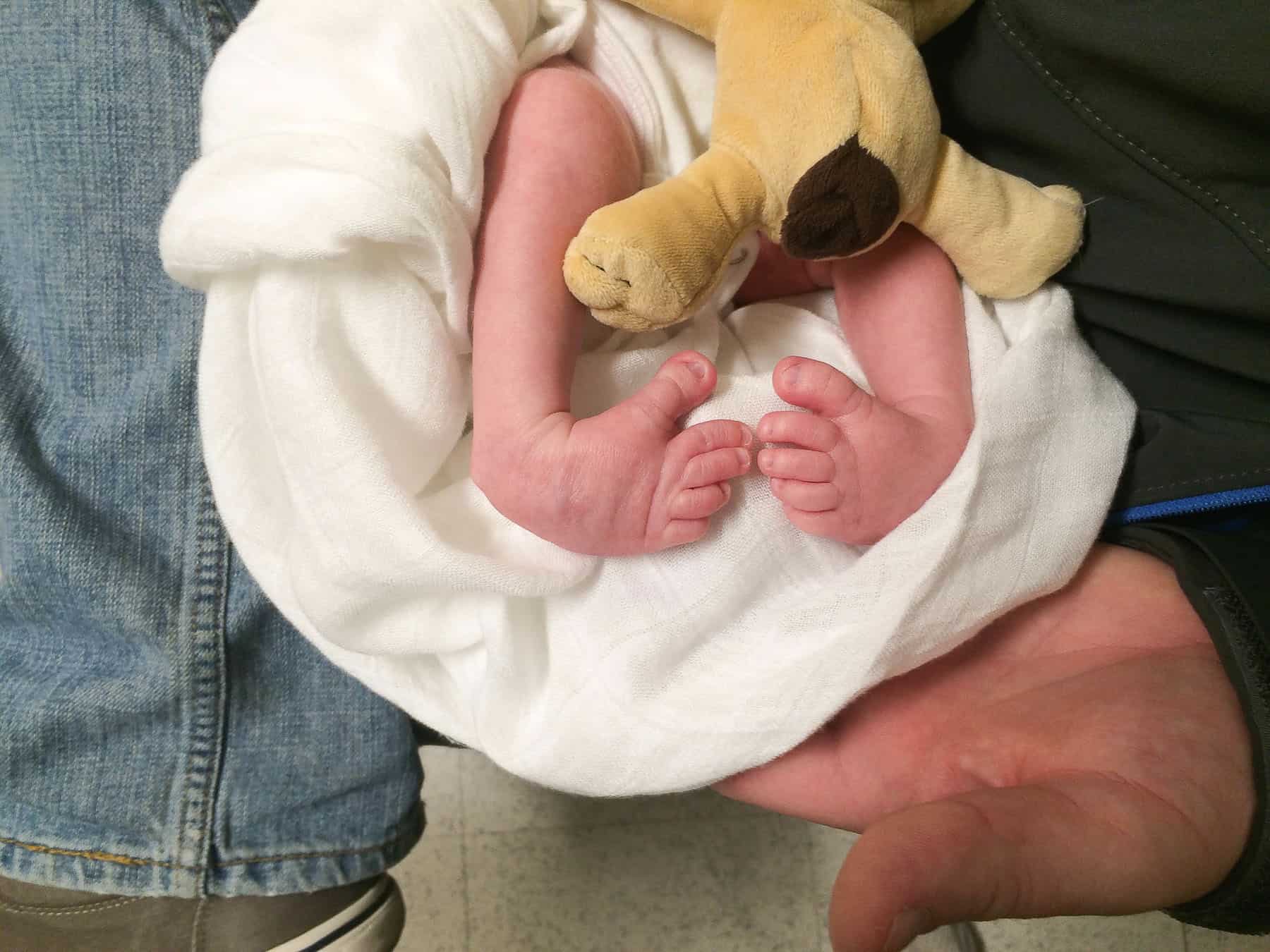 You can see how the feet bones grow towards each other, rather than bending at a 90º angle. Snapped this photo right before he got his first set of casts. Loved those cute footies before we fixed them up! He’s always been perfect to us. 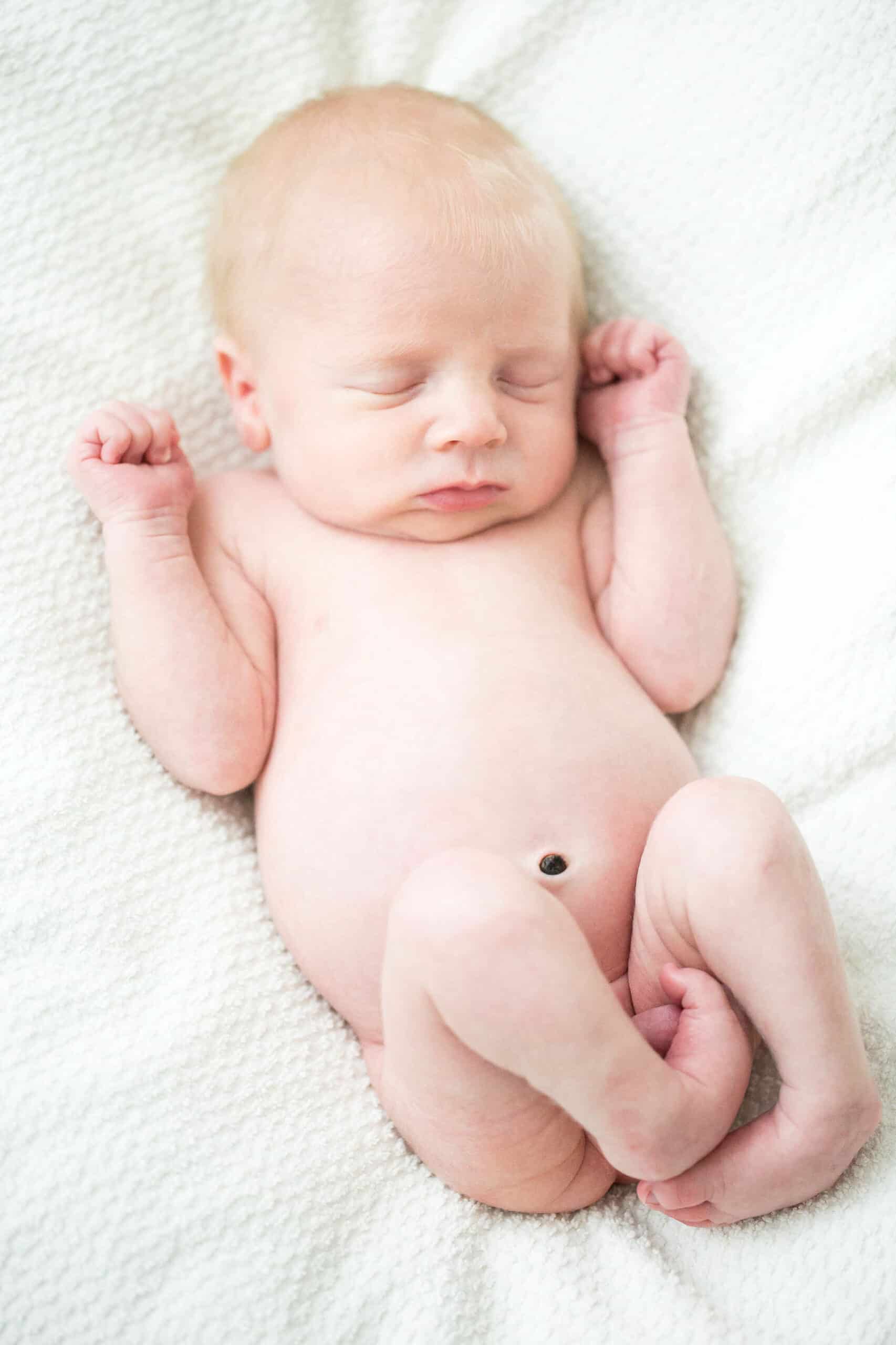 Feet bend sideways. If we had never corrected it, he would have walked on the outside edge of his feet. They look like cute little flipper feet! 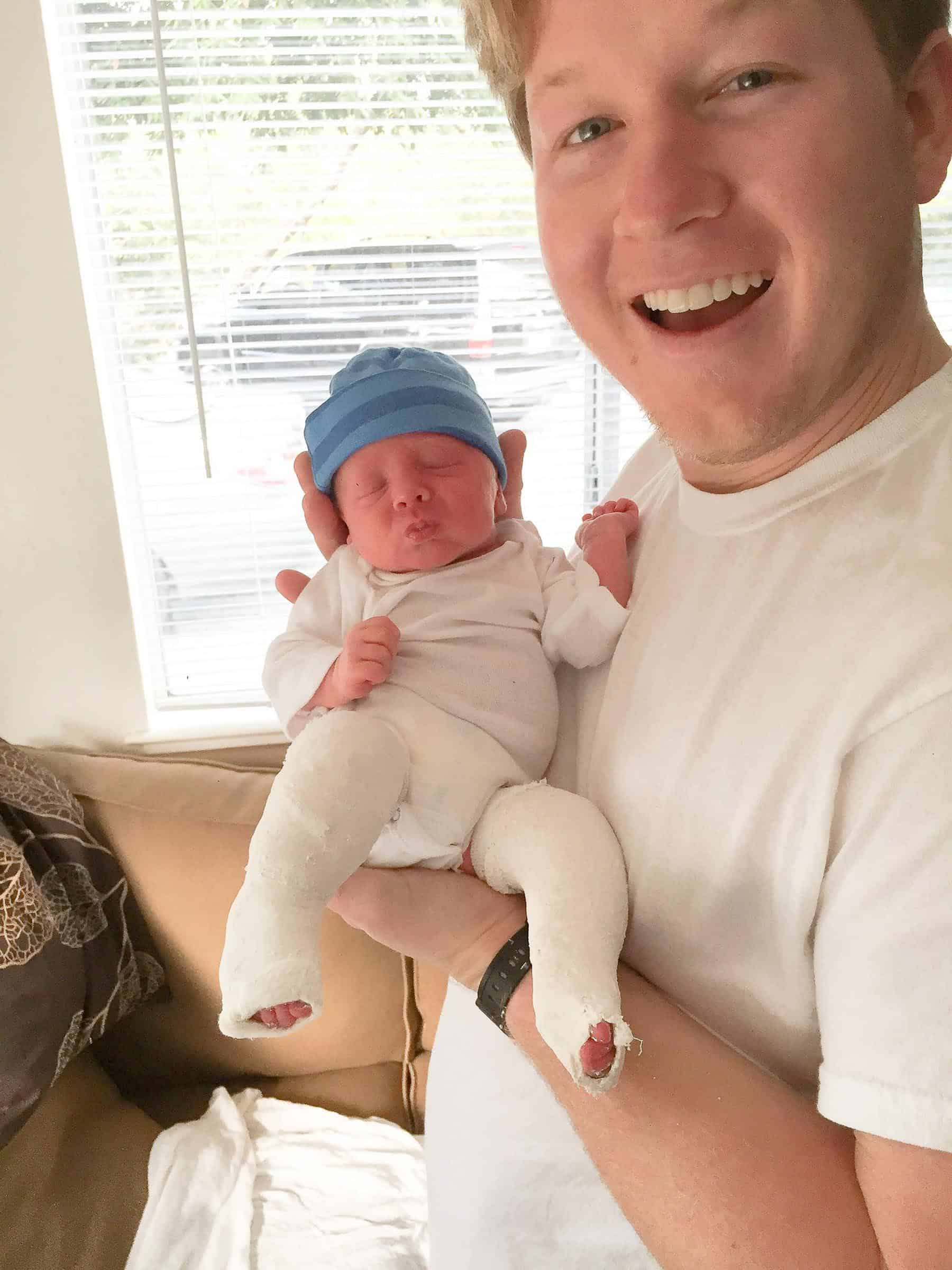 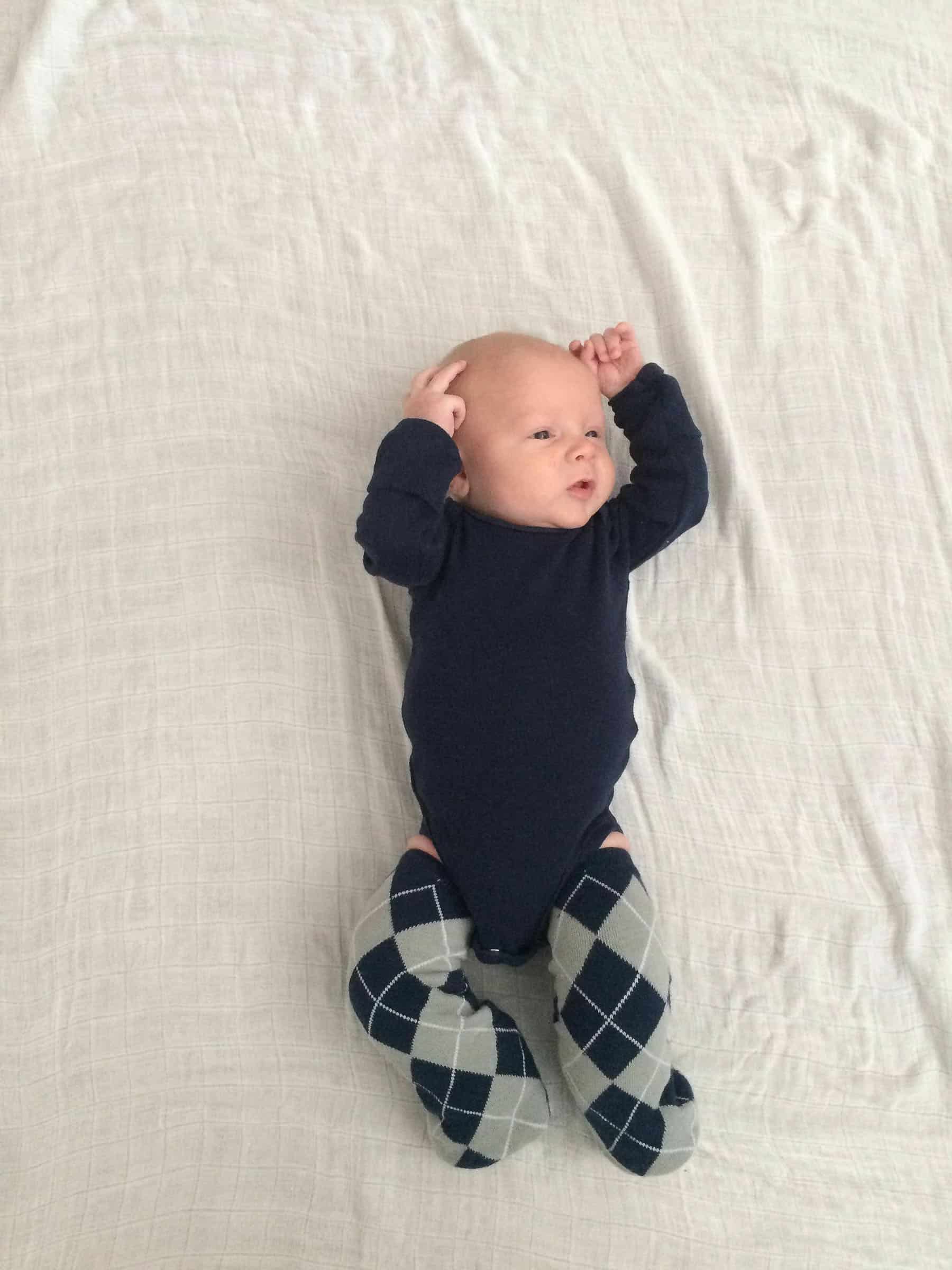 Forever hiding his casts using baby leg warmers. They were a lifesaver! 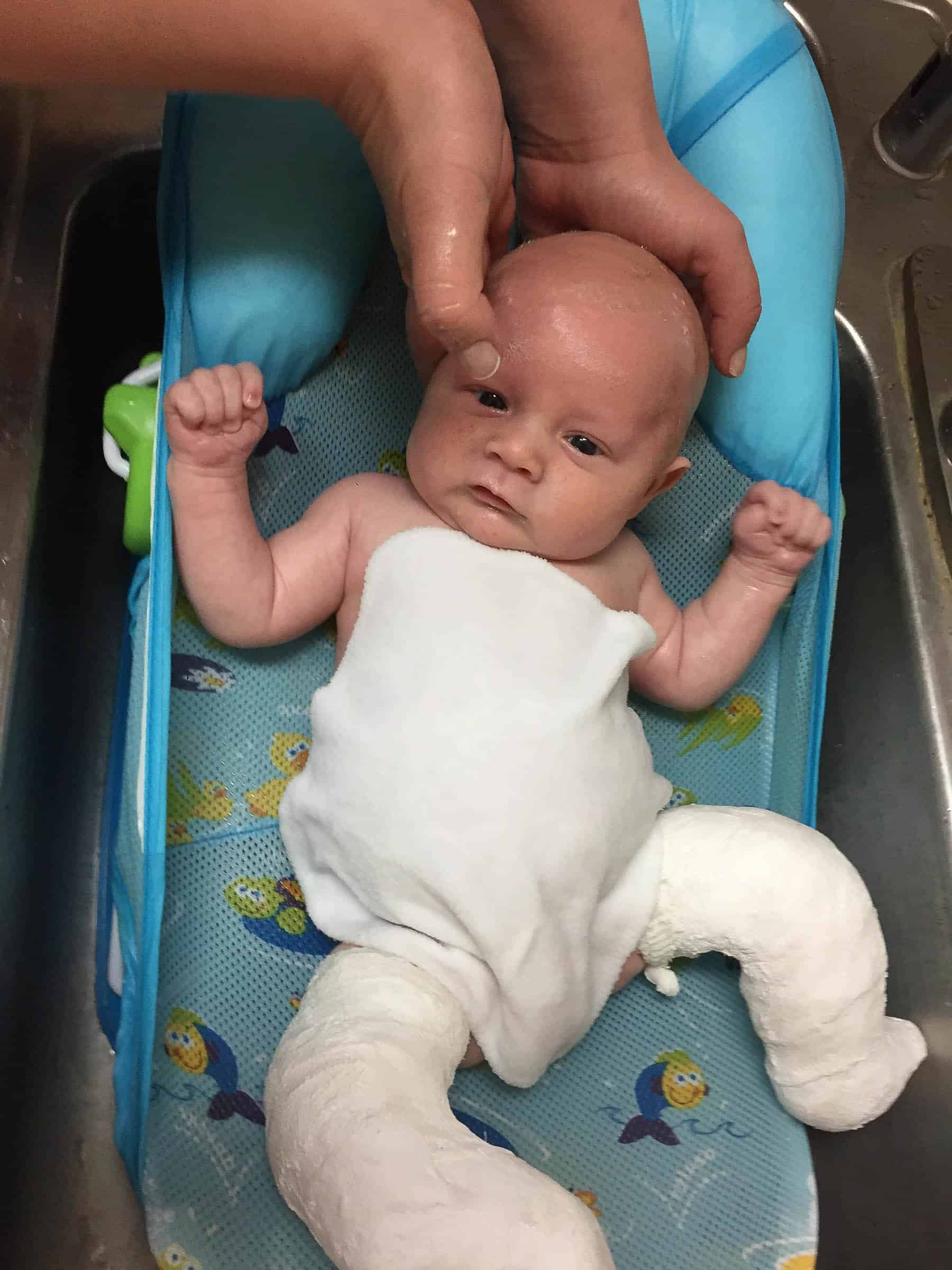 How we would give him a bath. We would always put warm wash cloths on him to keep him from getting cold. 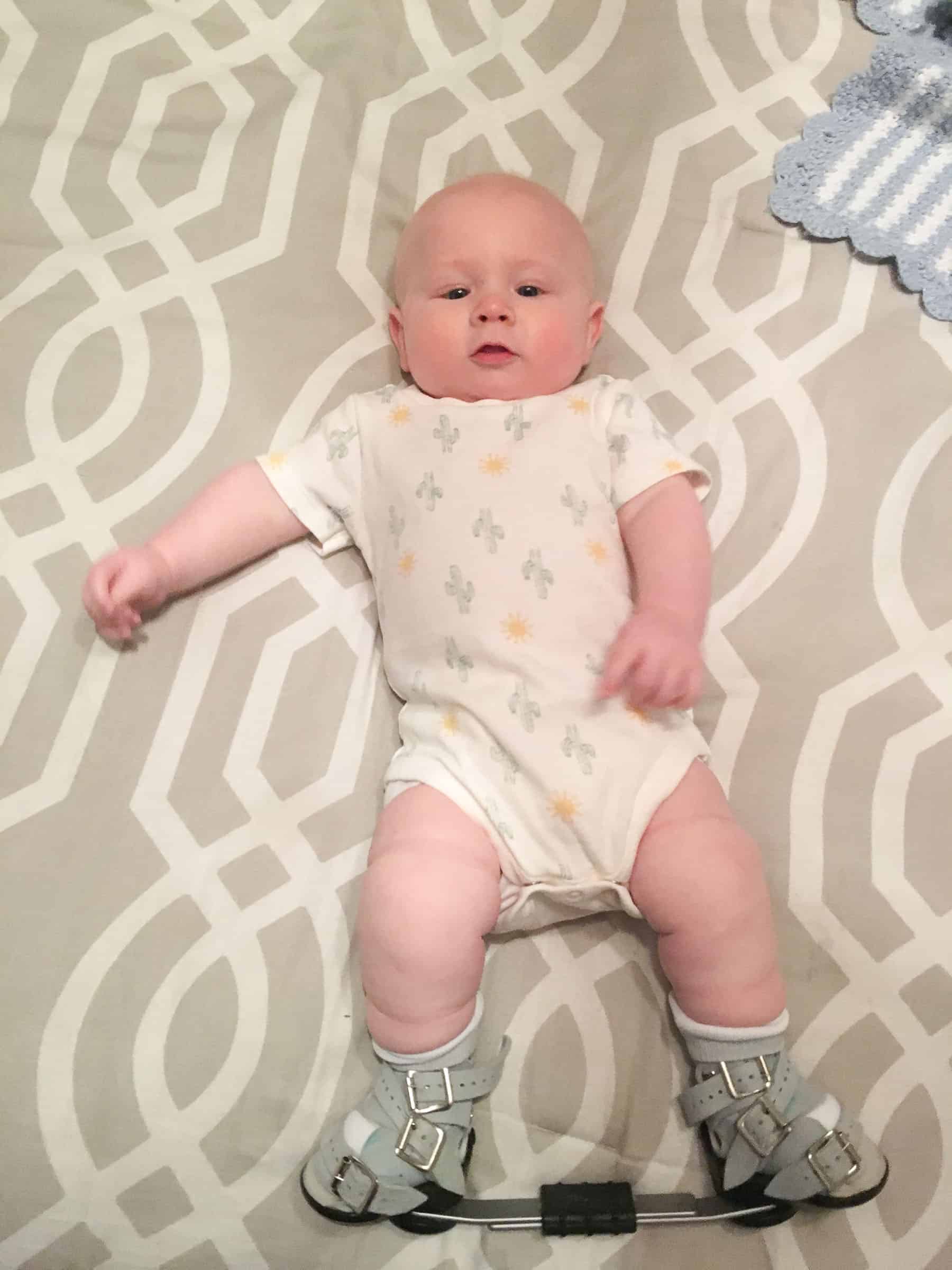 After the 1st round of correction. He’s about 3 months old now. These are his boots and bar. He had to wear them 23 hours a day. Prevents the feet from relapsing. Looks like a little snowboard! 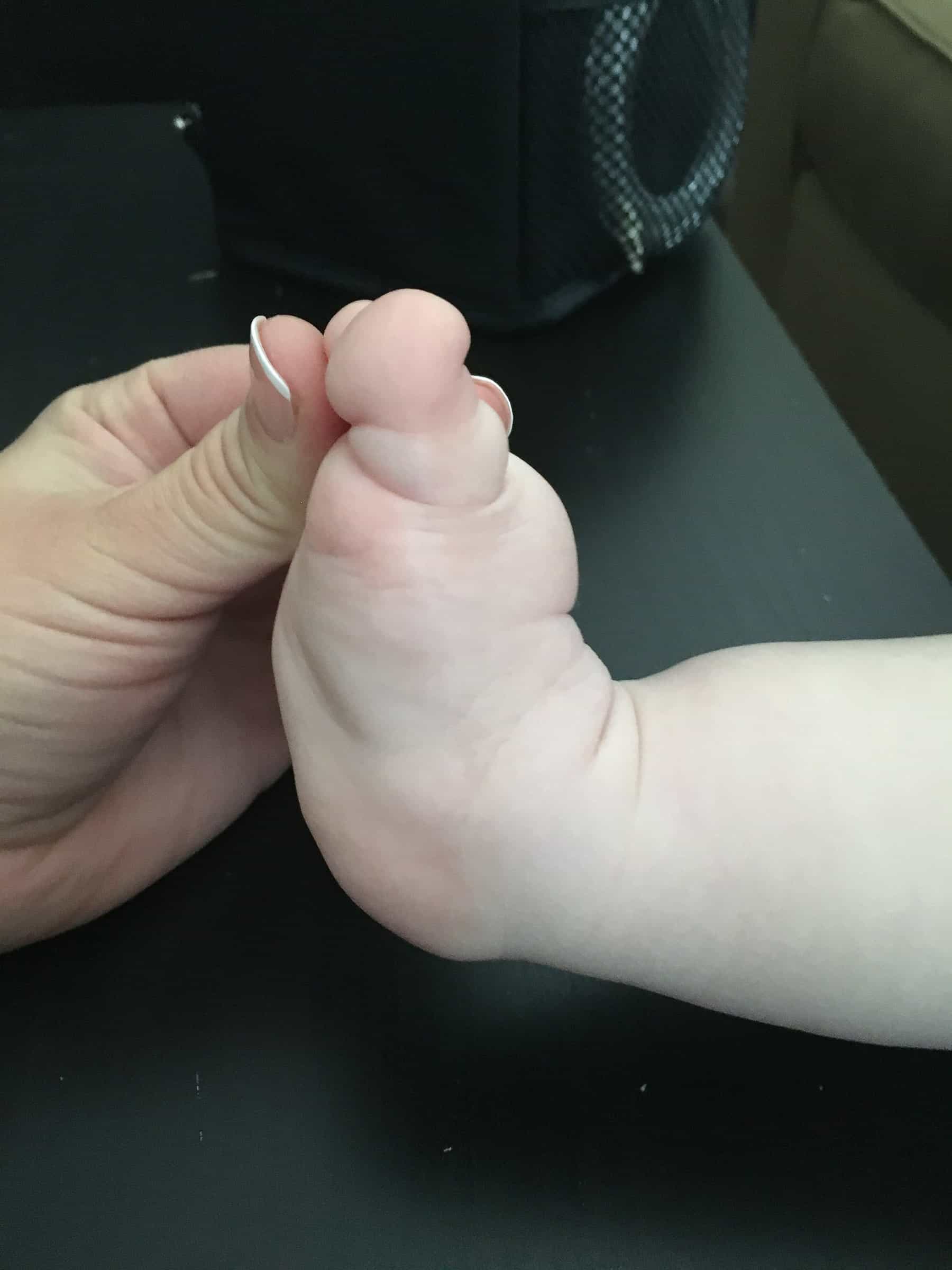 How his feet looked before we started the 2nd round of correction. He has no distinct heel bone. 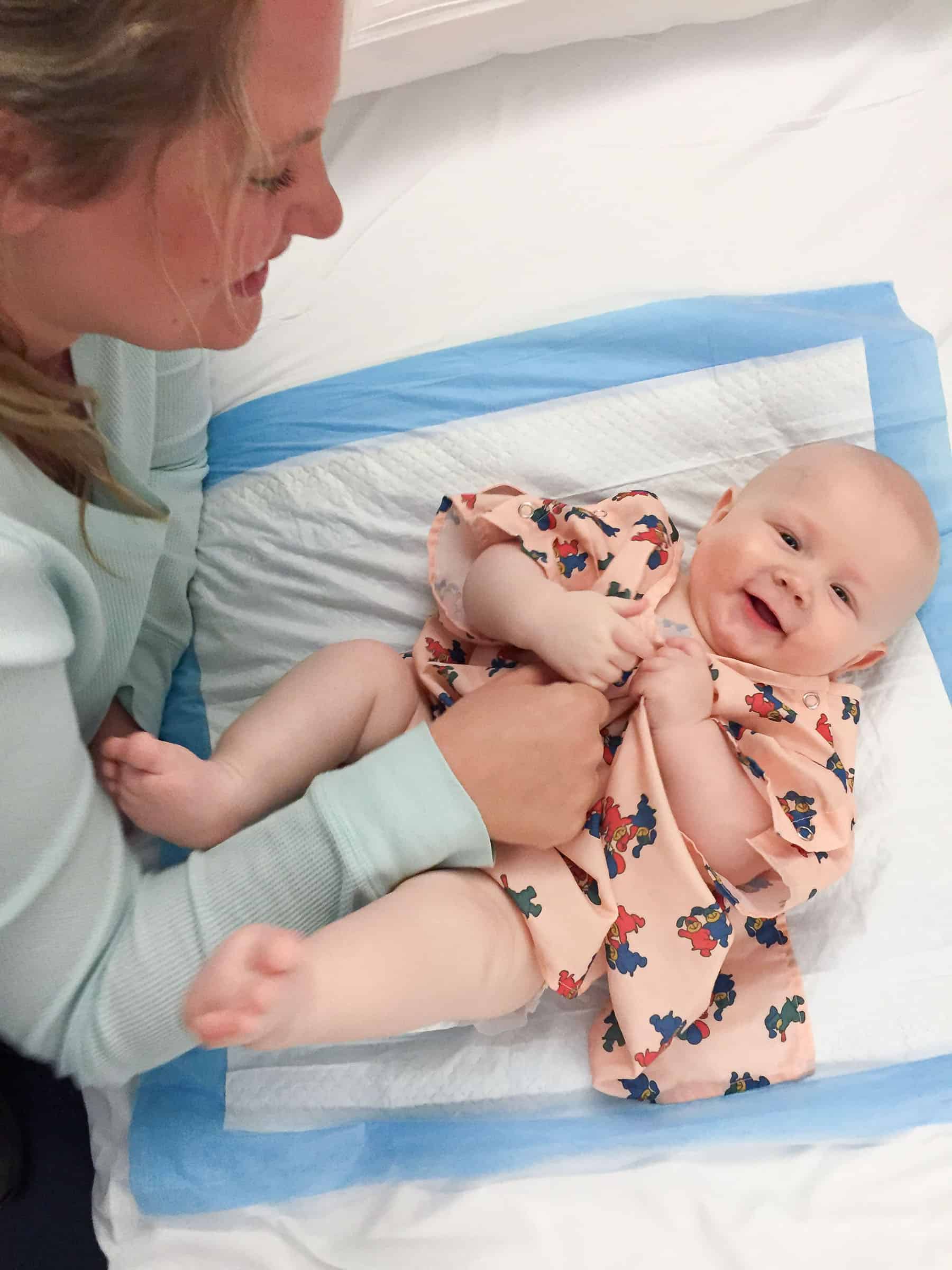 Before his 2nd surgery. He is 6 months and so cute I could gobble him up! 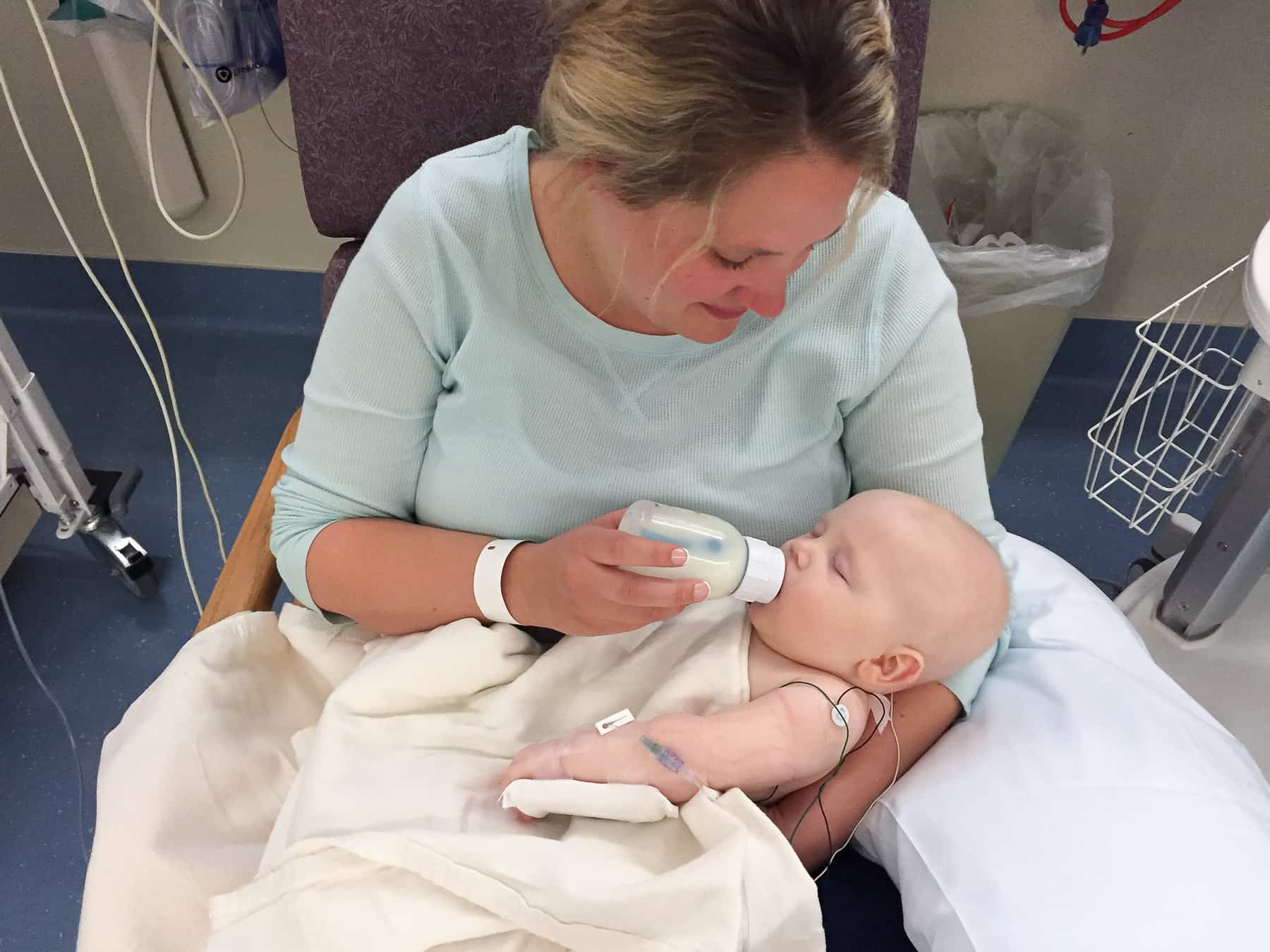 Lots of snuggles as he’s coming out of anesthesia. 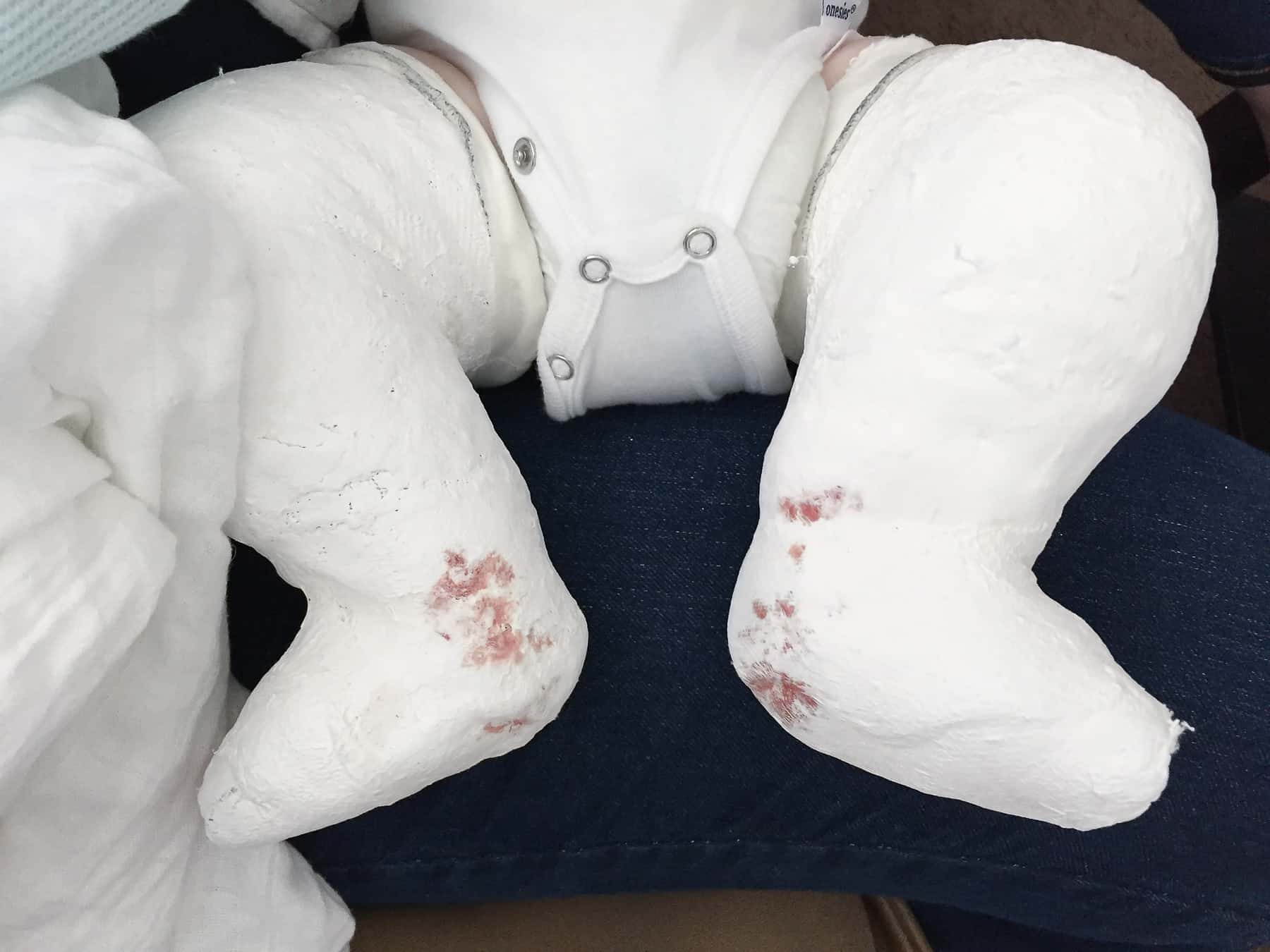 His casts after the 2nd surgery. So much blood ?He had to wear these casts for 3 weeks, followed by another 2 more months of casting. 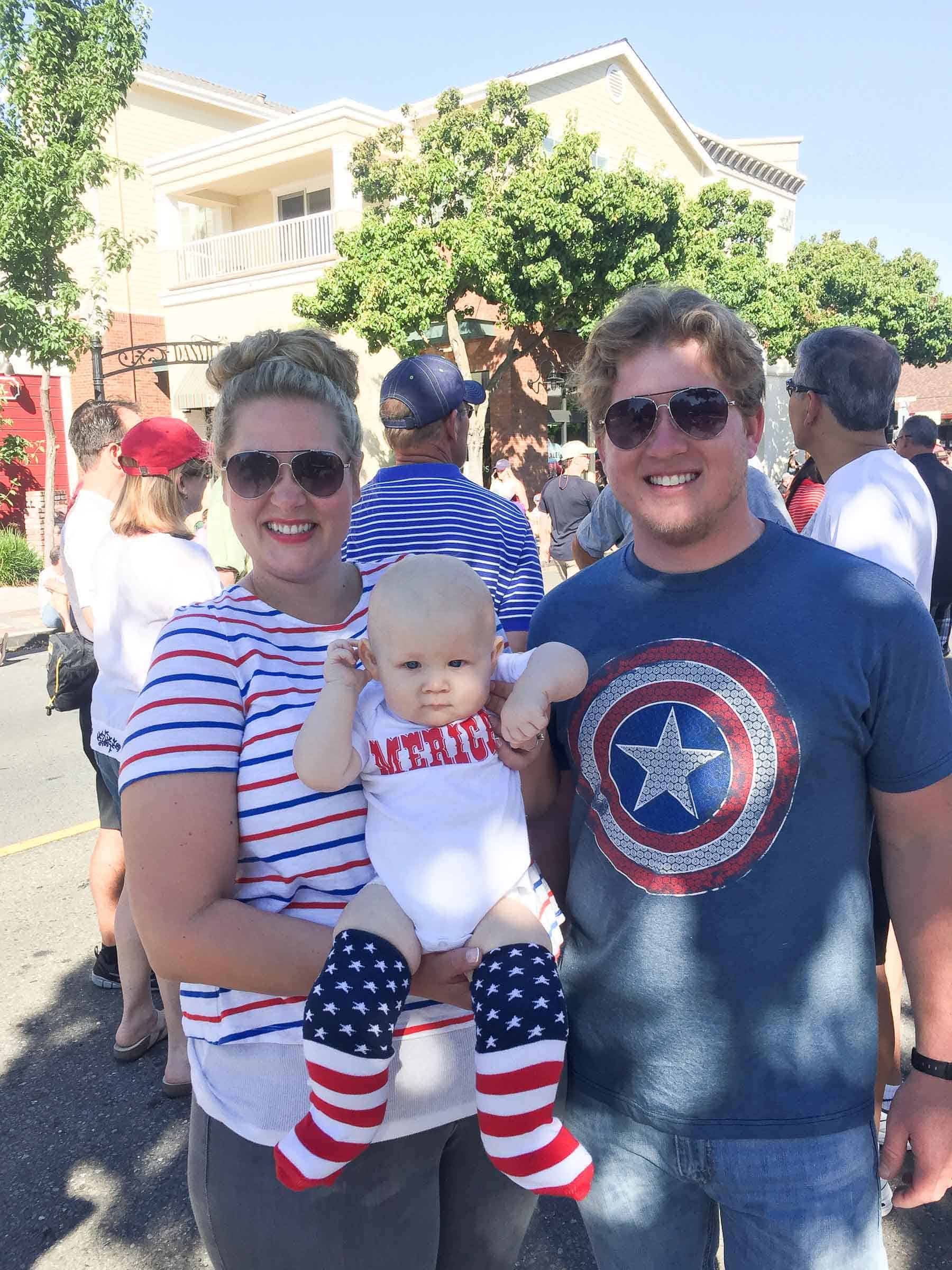 His 1st 4th of July. Forever hiding Josh’s casts with leg warmers! Poor buddy had to have full leg casts during the hottest summer I can remember. 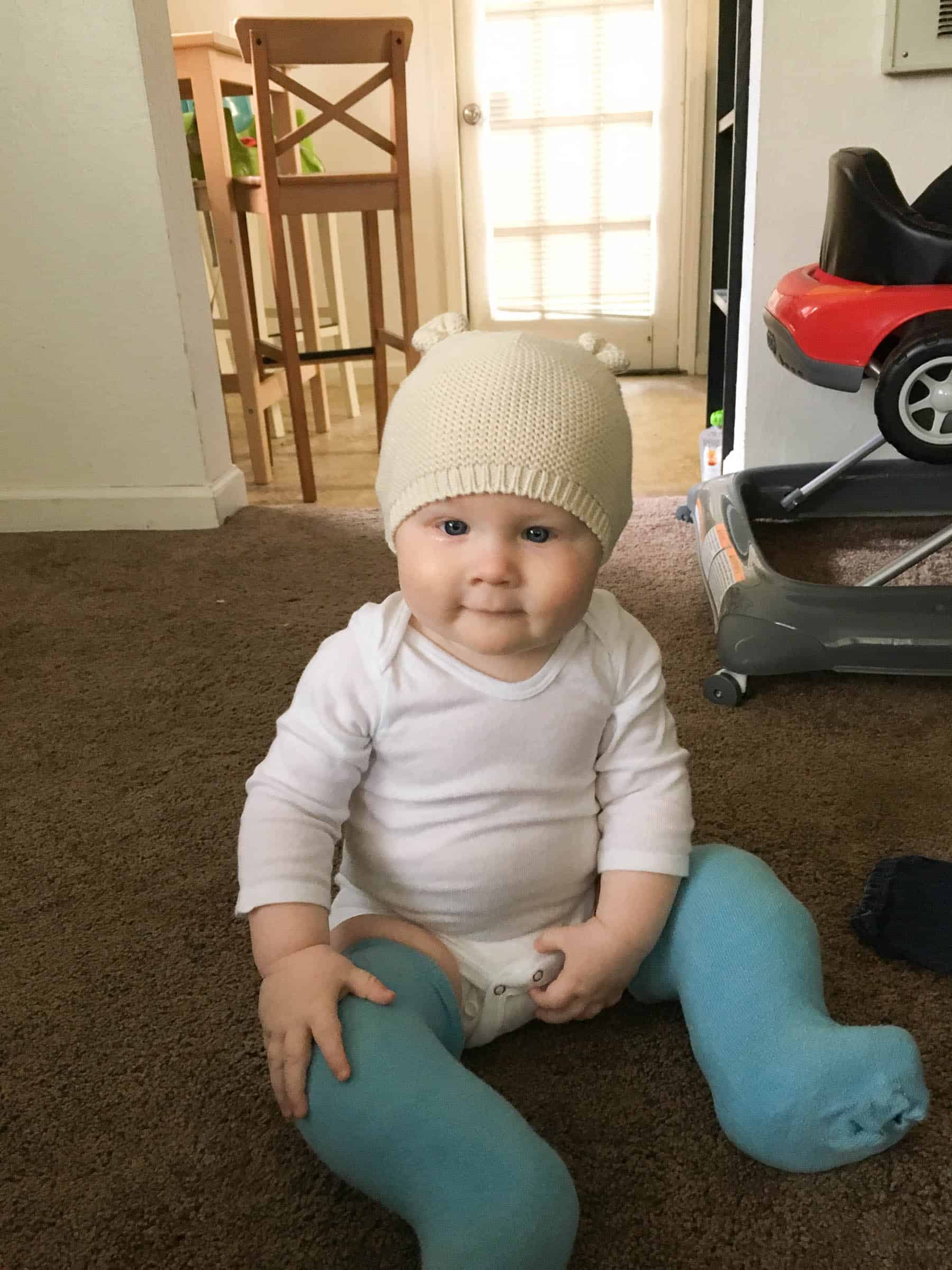 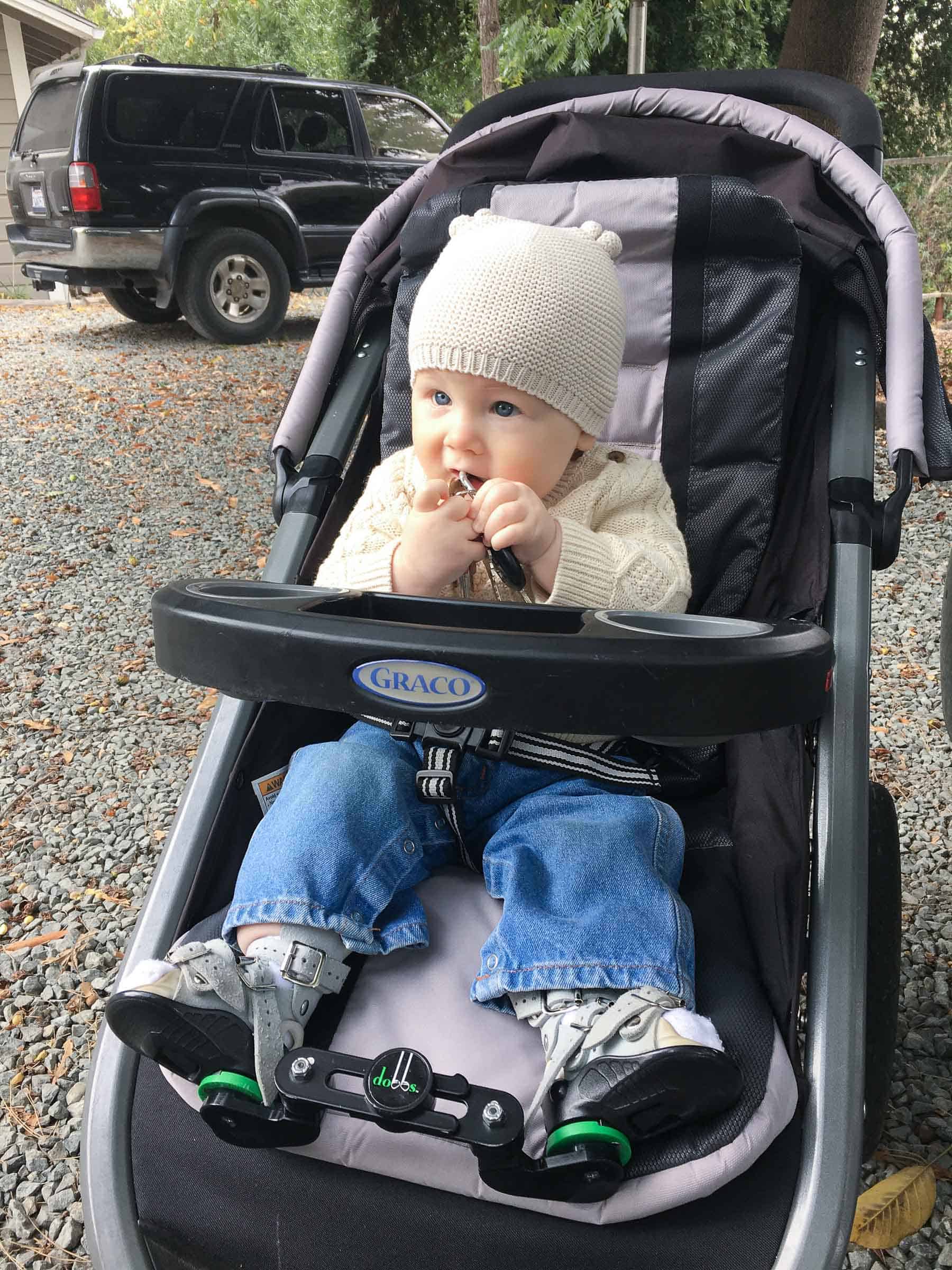 Upgraded to the Dobbs Bar for his boots and bar brace. He loved this so much more! 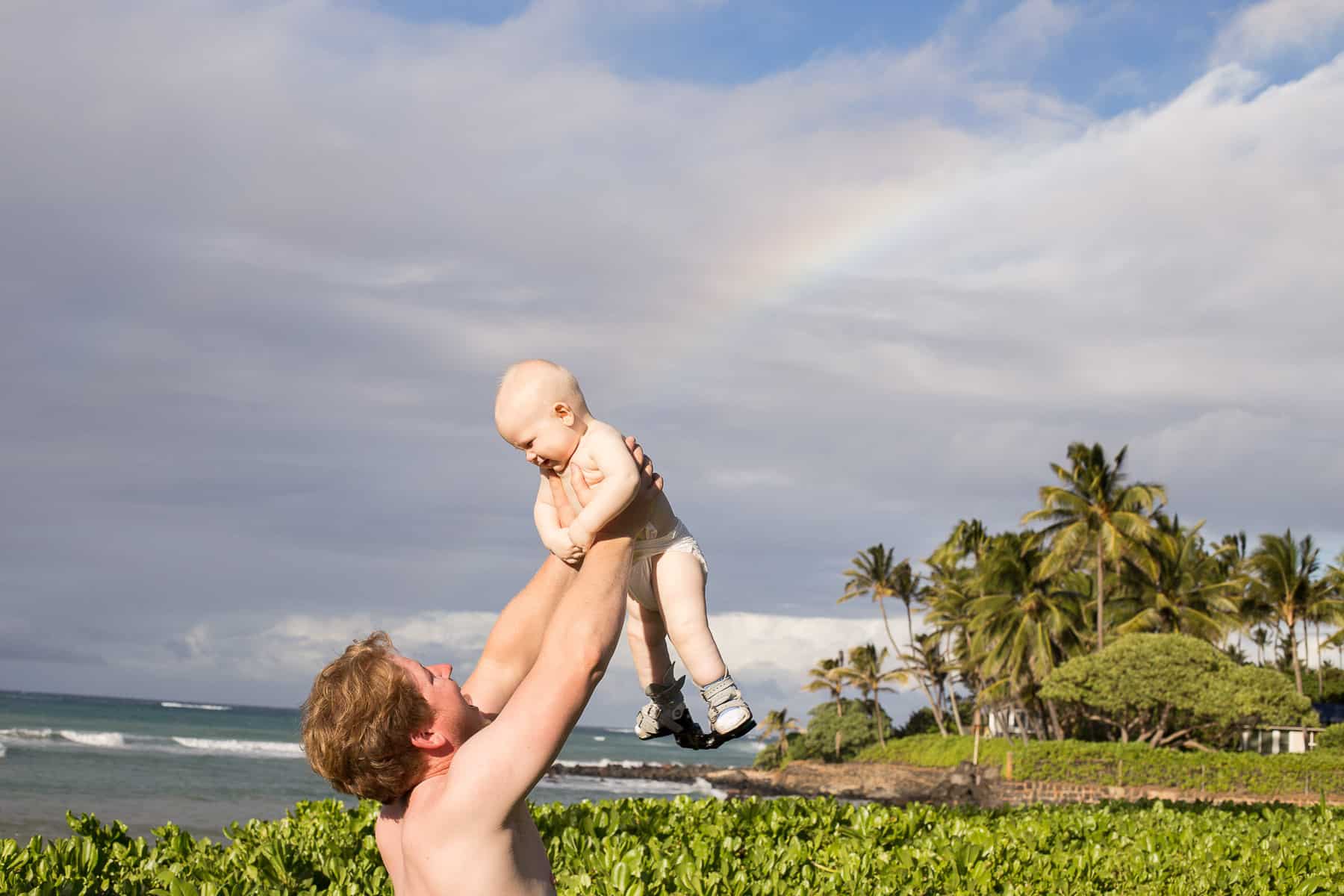 For the first 18 months of his life, he was either in full leg casts or these boots and bar for 23 hours a day. Even in Hawaii! 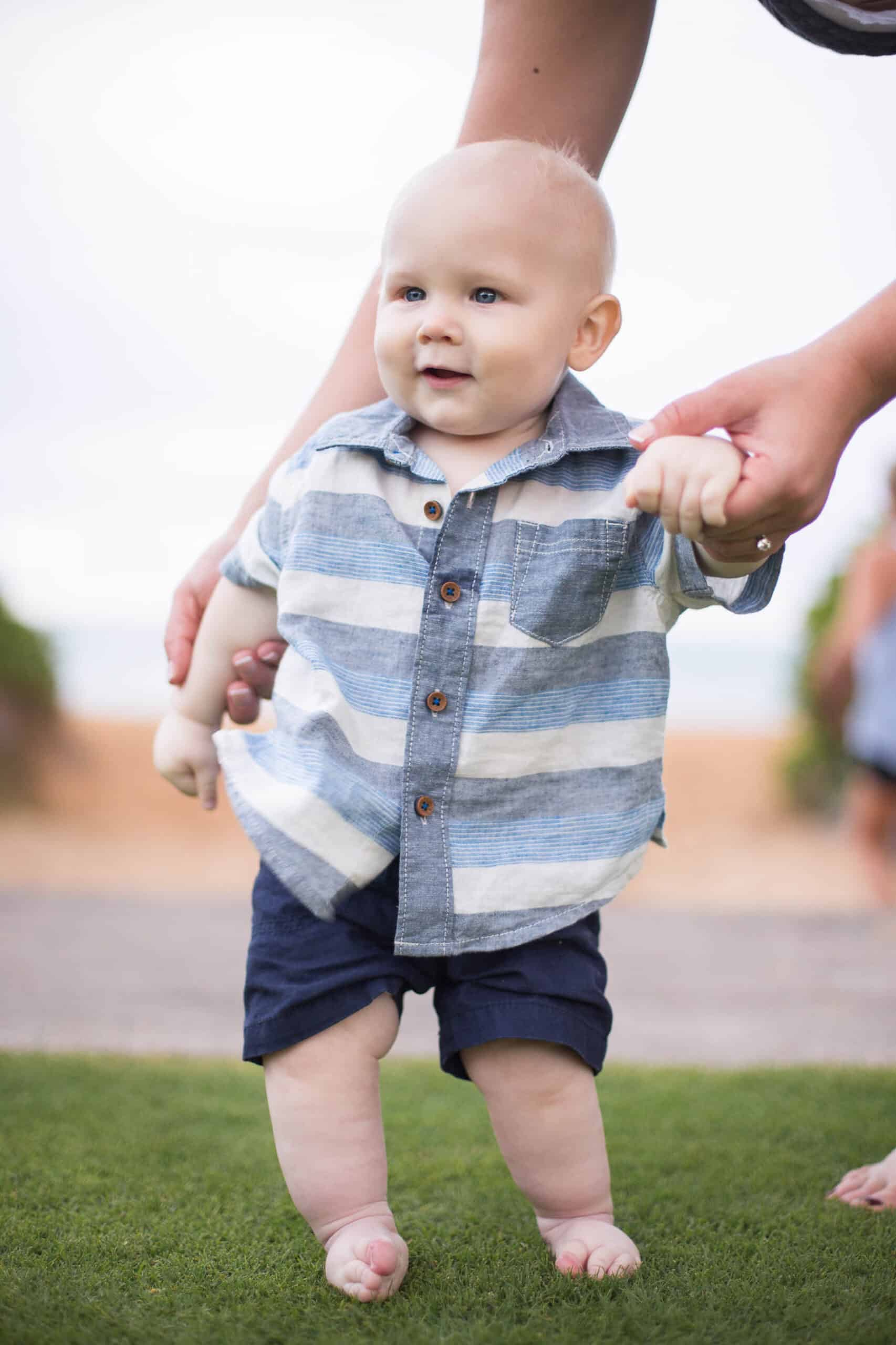 This is Josh a few weeks before he turned 1. You can see how his feet were not properly corrected. He couldn’t stand on them flat footed. Beyond stressful worrying that he wouldn’t be able to walk unless we fixed them. 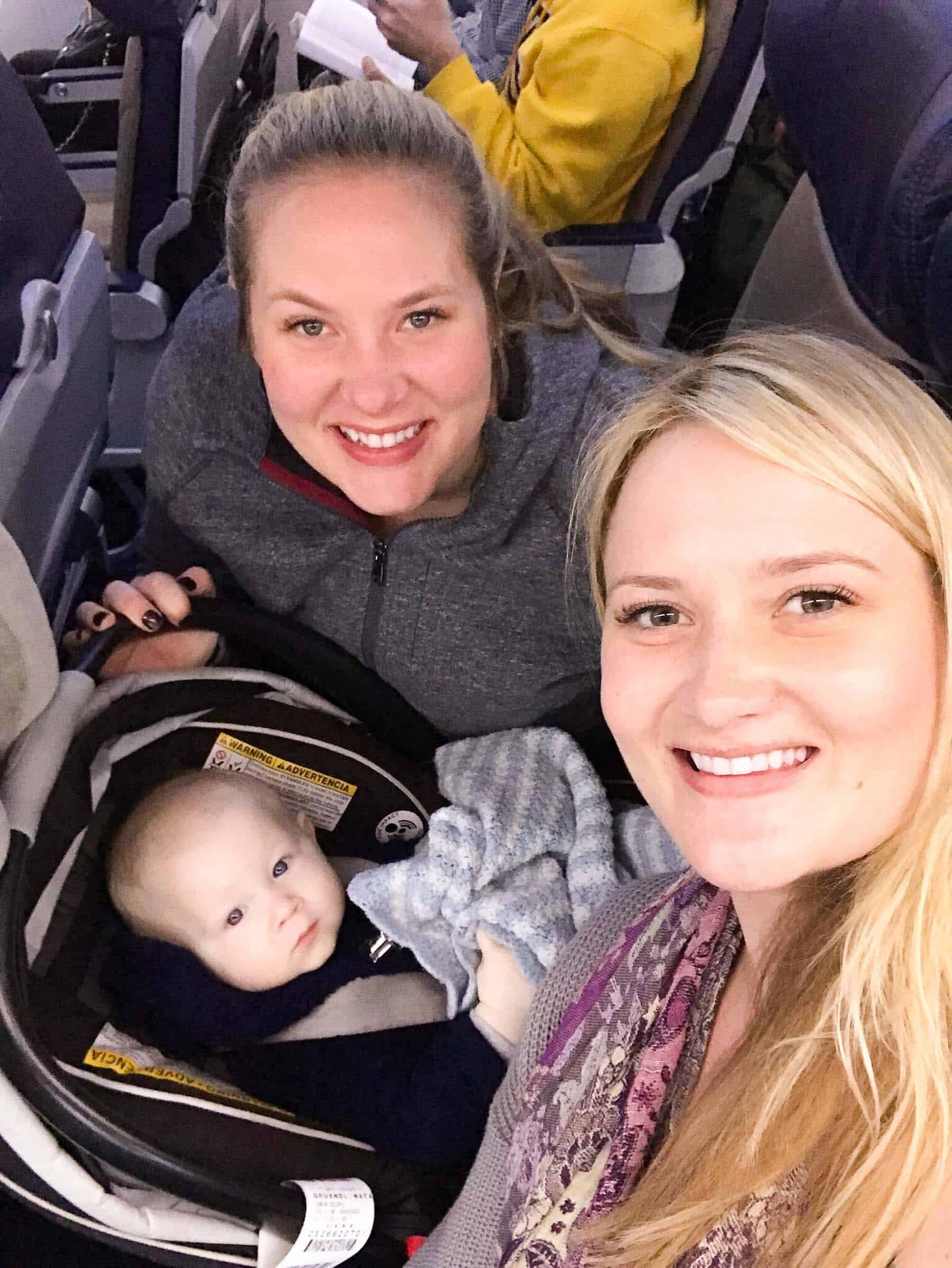 On our way to St Louis for a month to see Dr Dobbs! The best doctor in the WORLD for treating clubfoot! Josh is 14 months old. 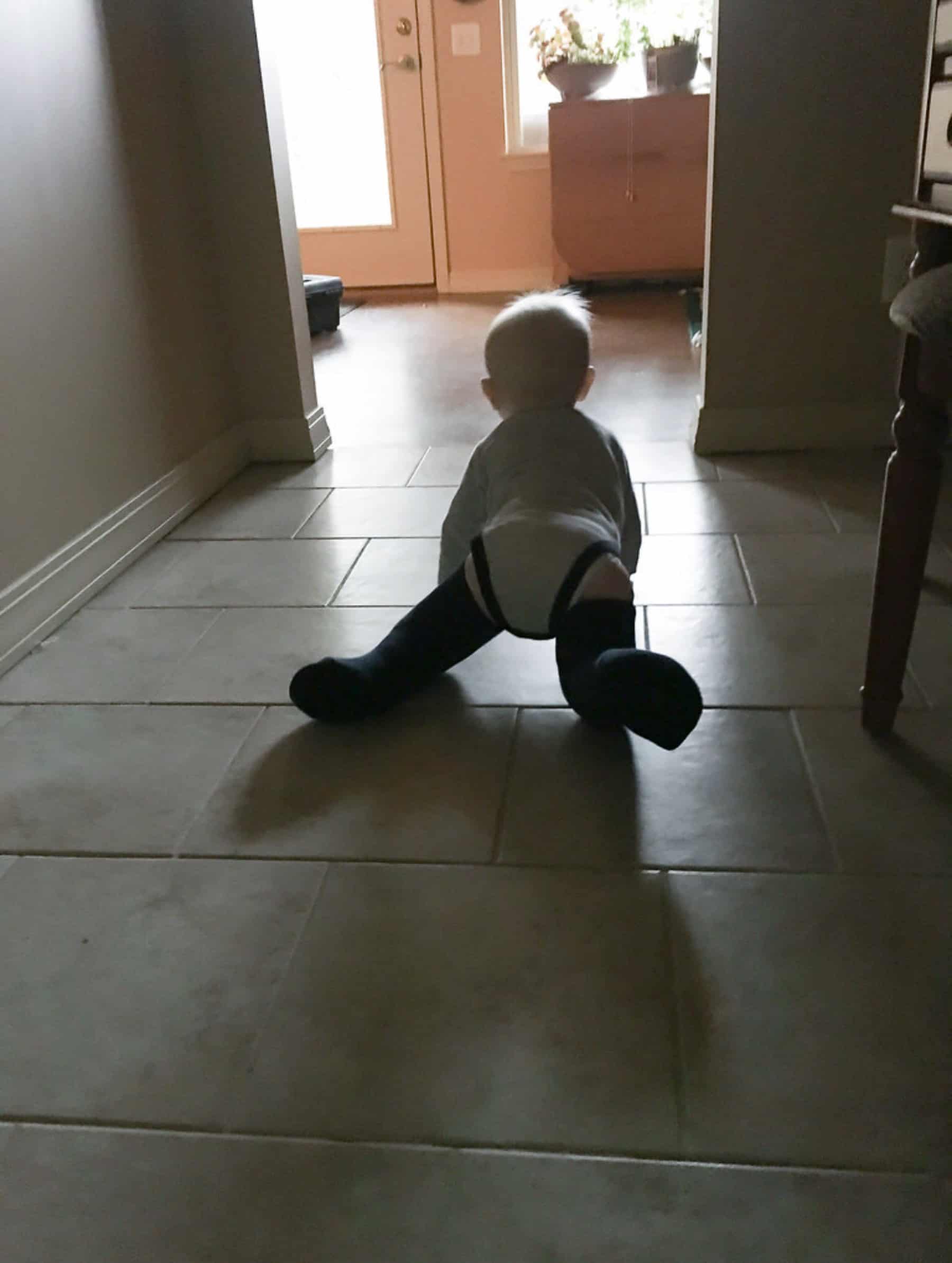 This is a few hours after he got casts back on for his 3rd round of correction. My little toughie figured out how to crawl in full leg casts! Nothing can stop him! 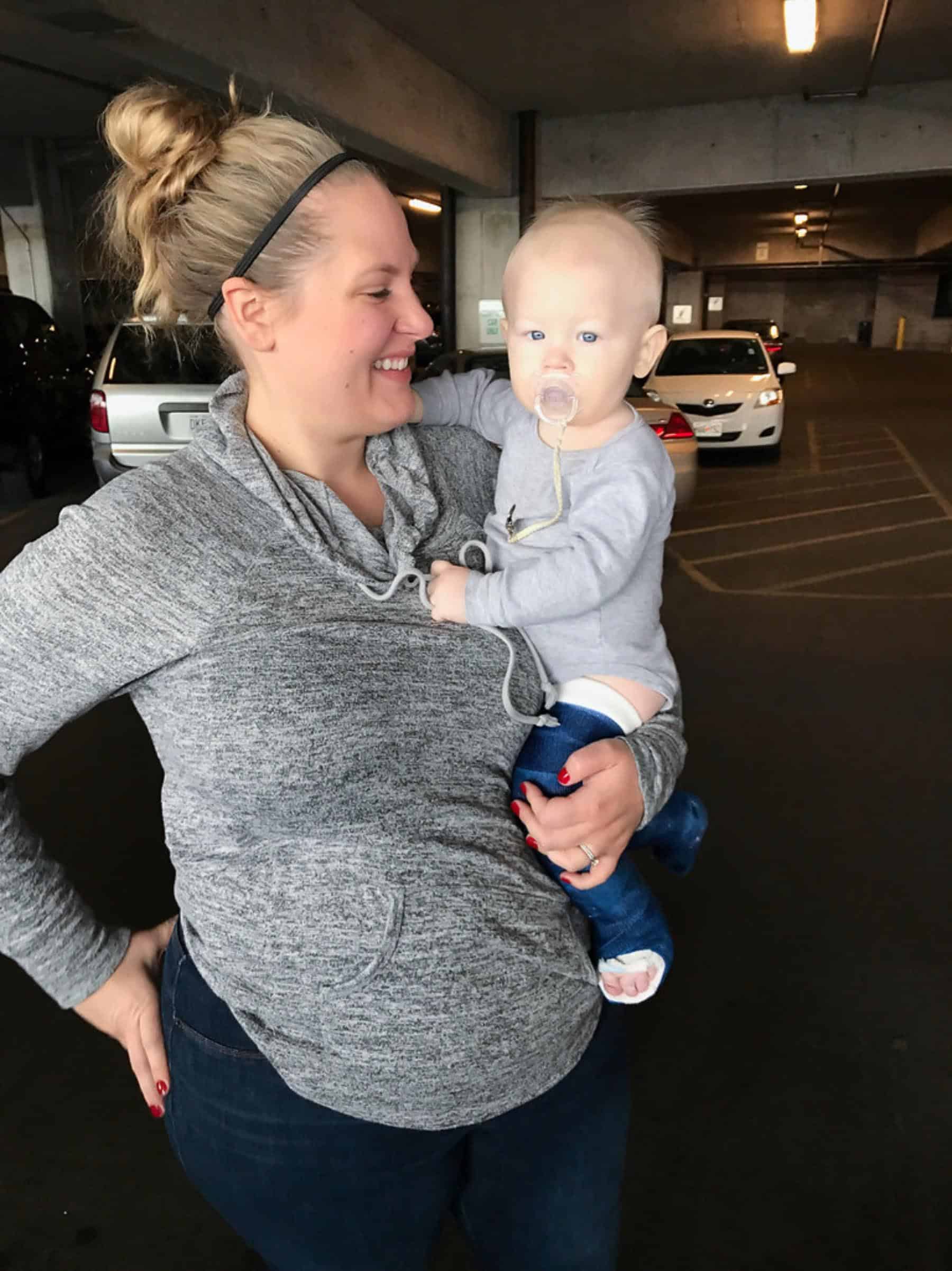 After his 3rd tenotomy surgery! Went great! Was SO HAPPY to have my baby in my arms after that surgery. 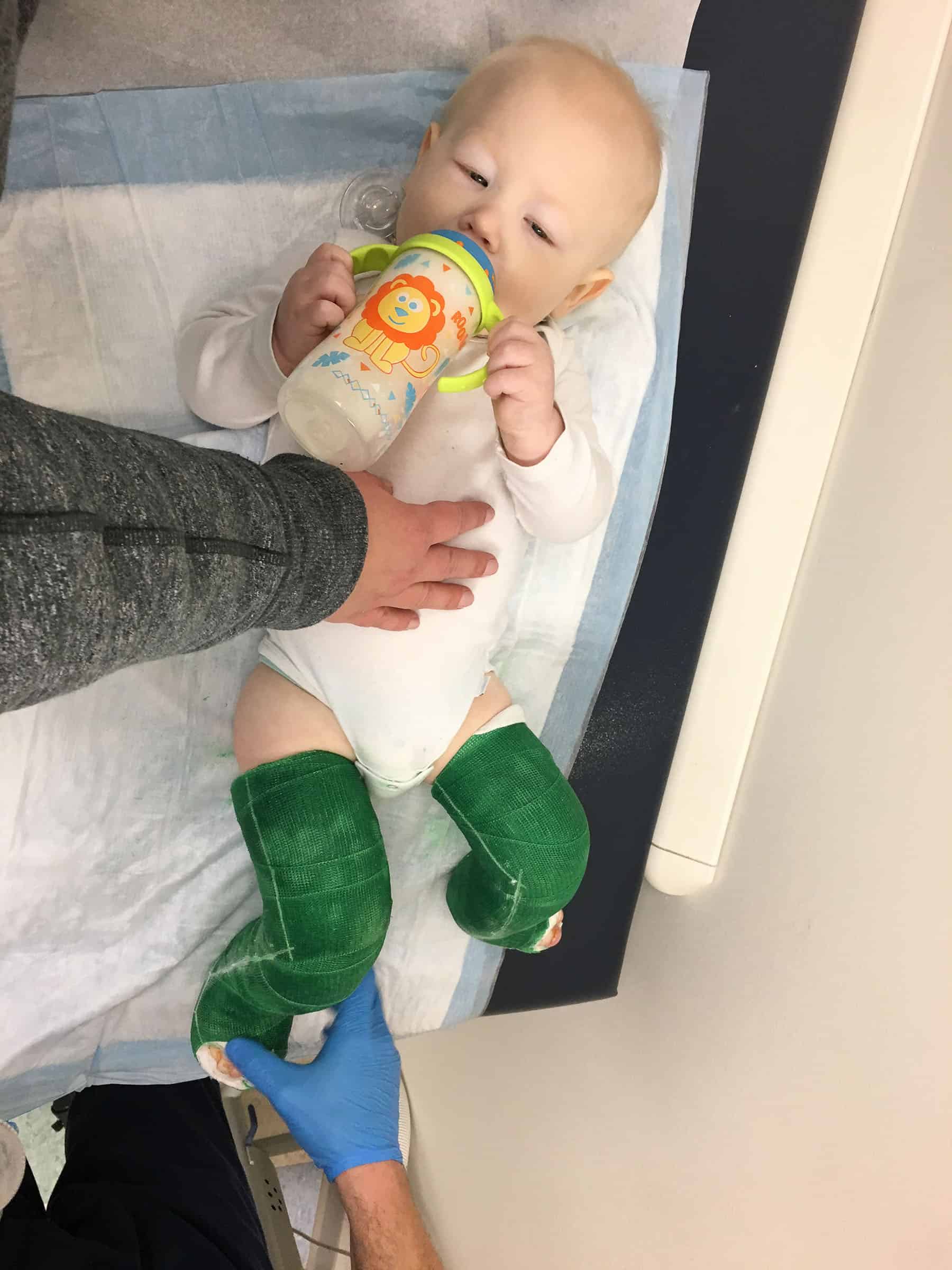 Getting his casts off! Josh hated the saw. I would sing Elmo’s Song to him to try and distract him, and always bring milk for him. 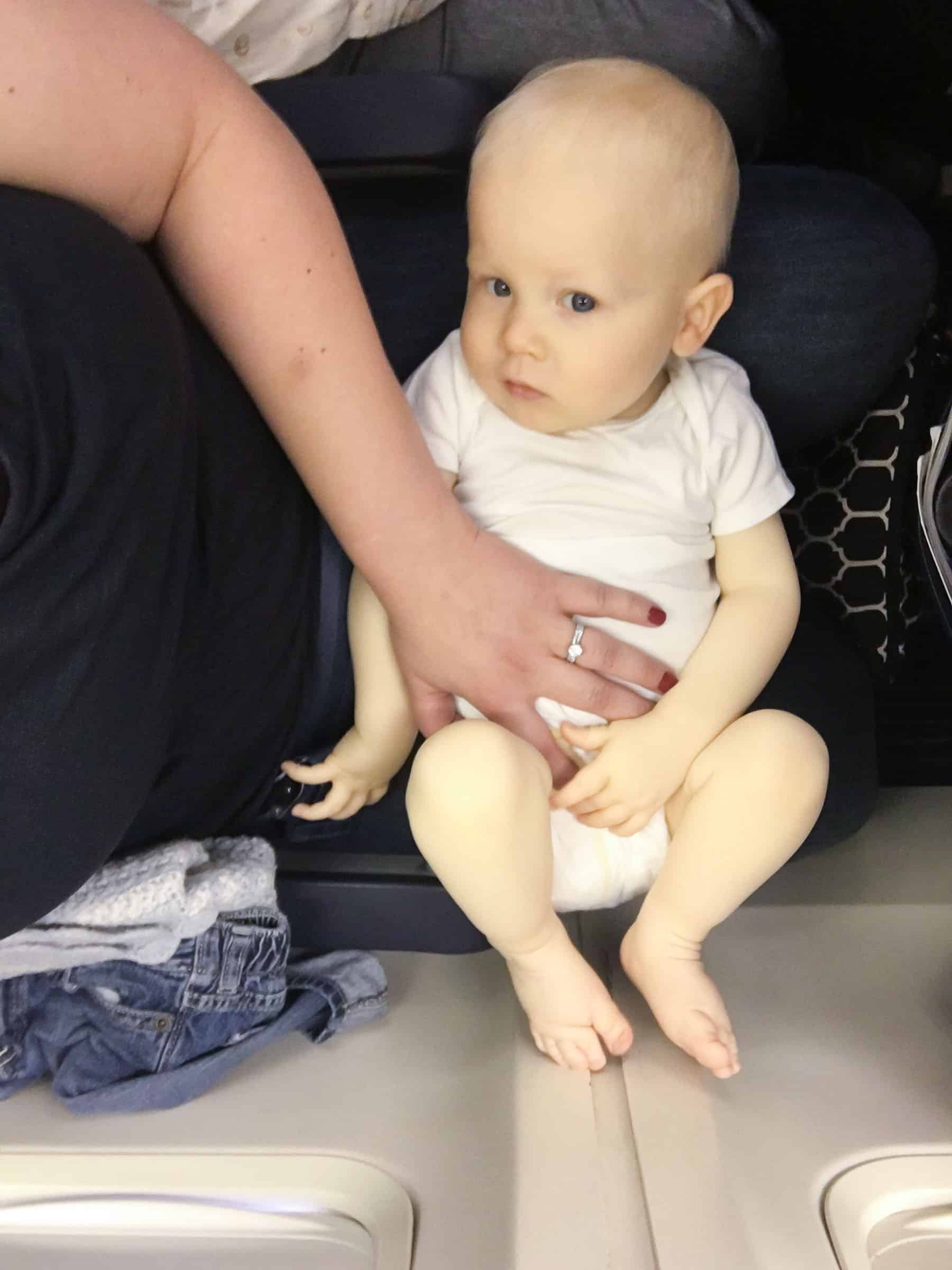 On our flight home from St Louis after getting his final casts off. Could not stop staring at his feet the whole flight! They finally looked normal! My baby had a heel bone and flat feet! 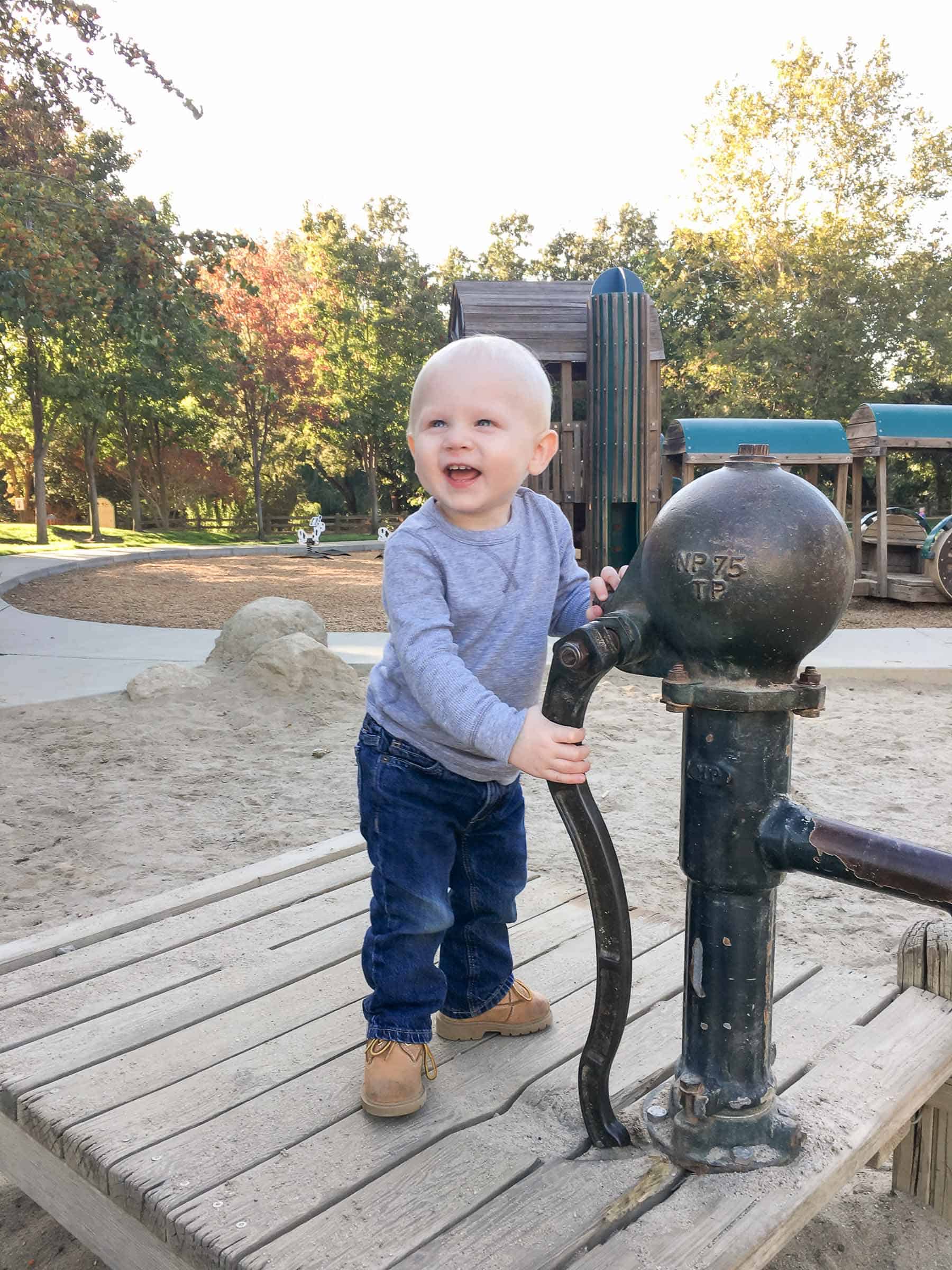 22 months old and he finally started walking! Never been happier! We got him baby Timberland boots because they had the most stability and support. And were cute as could be!

Here is a video showing Josh’s gait. Notice how his legs egg beater. He can still run! And is the happiest kid in the world! Just something we needed to fix. So lucky it’s fixable.

Here is a video showing Josh’s “missing” kneecaps due to patellar dislocation. Once his knees bend, his kneecap drifts way up into his thigh muscle. You can see that when I poke where his kneecap is, there is a huge divet and I poke between the bones. Like an empty socket. This doesn’t hurt him at all! 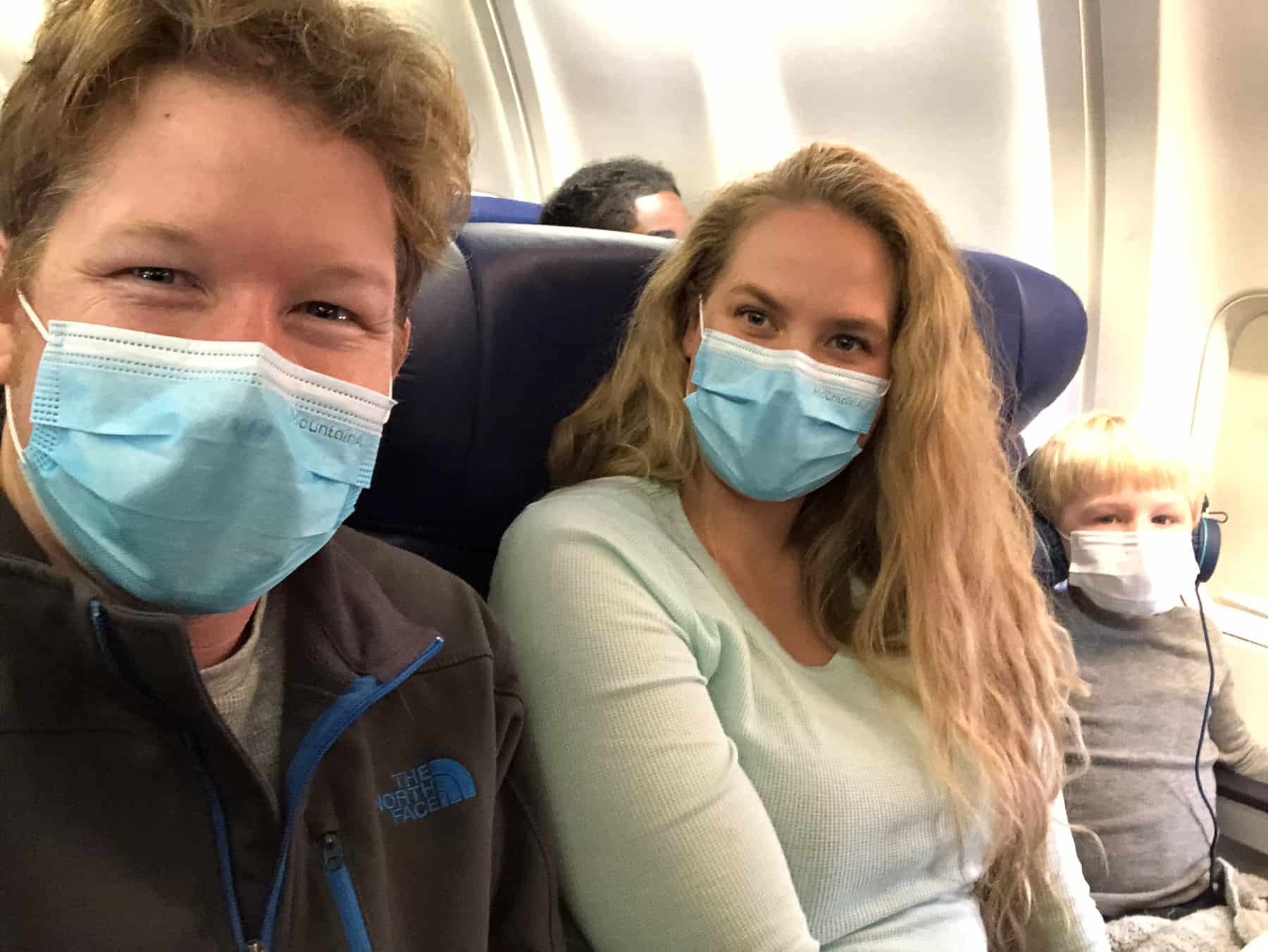 Flying out to St Louis. Made us all wear medical masks because I didn’t want to risk anyone (especially Josh) getting sick before surgery. Better safe than sorry! Told Josh that they were special PJ Mask masks, and we got to wear them and be our own super hero team. Always making it fun! 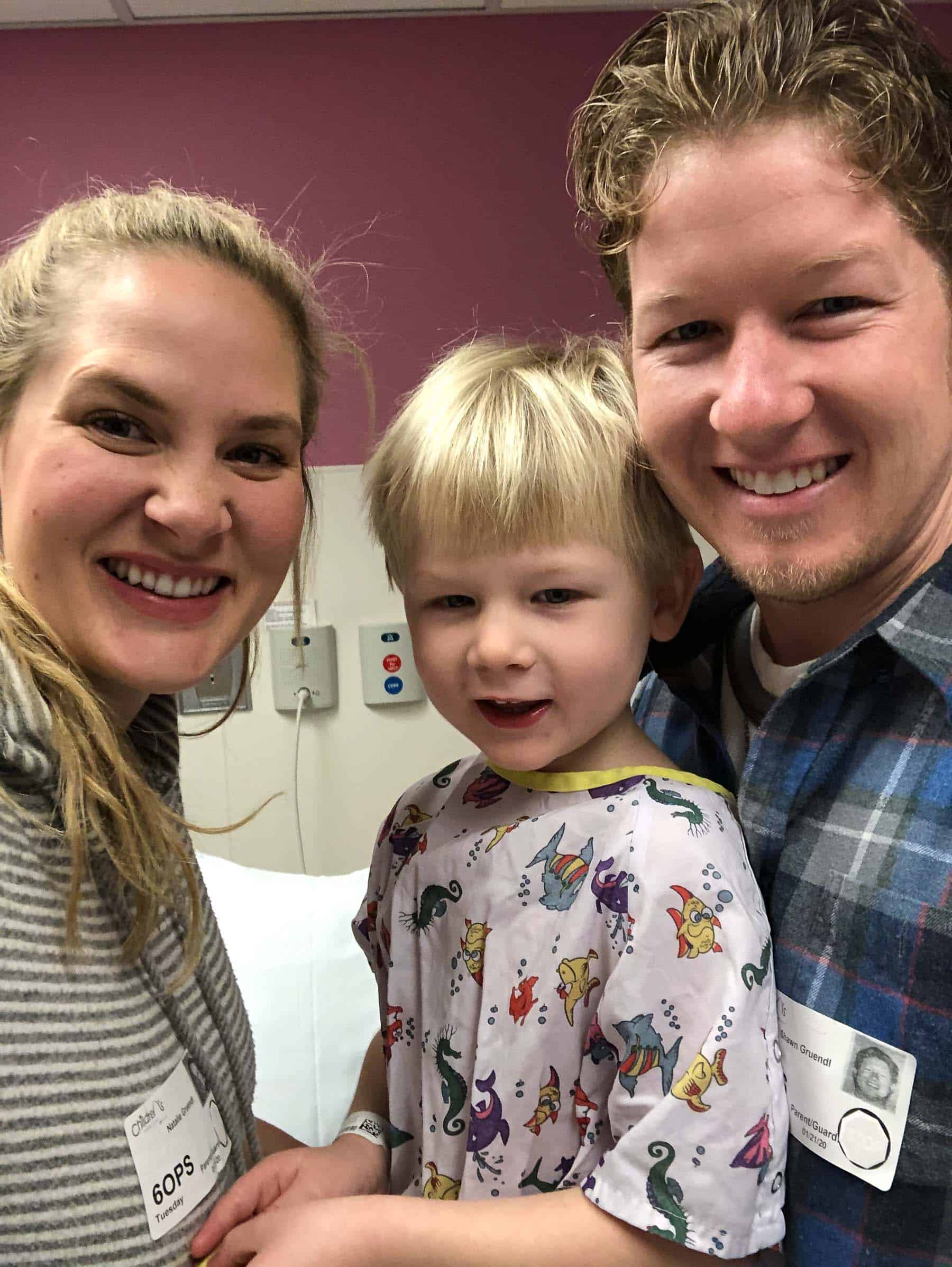 Right before surgery #4 for his patellar dislocation! Shawn and I are a bundle of nerves. But always trying to keep our boy happy and smiling and laughing! We can’t let it show. Kids go off your energy so much. We had great energy before the surgery. Josh loved all the sharks and fish on his “costume”.

The surgery went great! Of course he had some pain and discomfort, but we always choose to laugh and find joy. This is him the next morning in his purple casts he first chose. It’s purple ace bandages wrapped over his white plaster casts. Trying to keep those casts clean since they’ll be on for 3 weeks. He was VERY excited about his wheelchair! And that he got his IV taken out. He said the IV was the worst part. 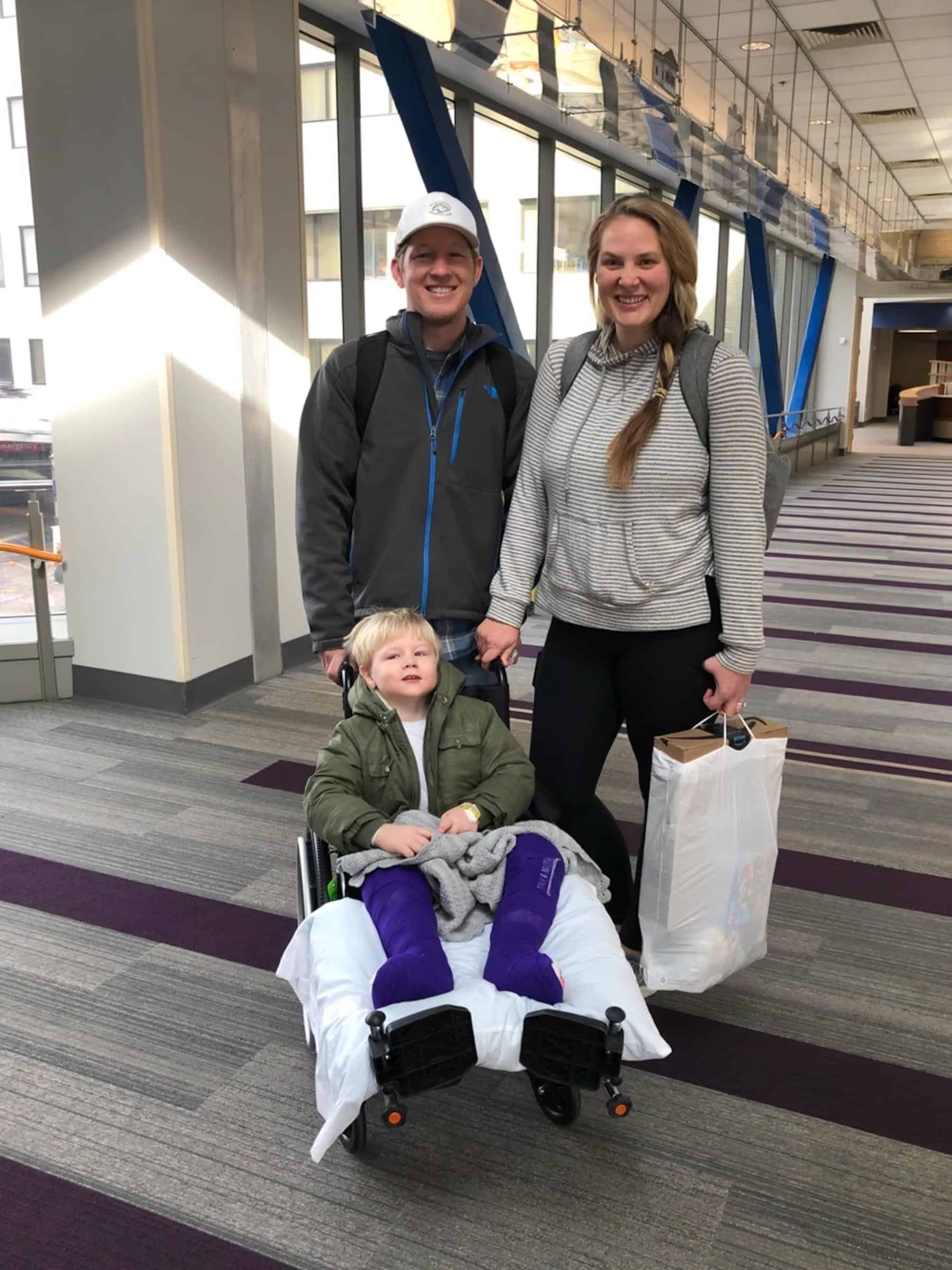 WE DID IT! Leaving the hospital, and feeling so proud of our boy, and relieved to have the hardest parts behind us.

This is Josh 3 days after surgery. We were at the airport after flying home. I told him we were going to do a “race” so he could practice using his wheelchair. He picked up wheeling himself around so fast, and I just love his joy and sweet attitude! Always trying to make it fun for him! 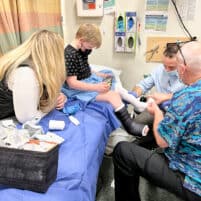 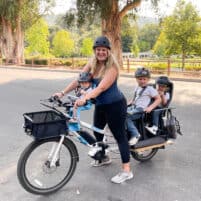 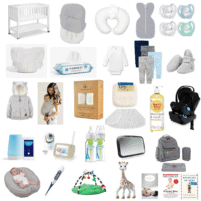