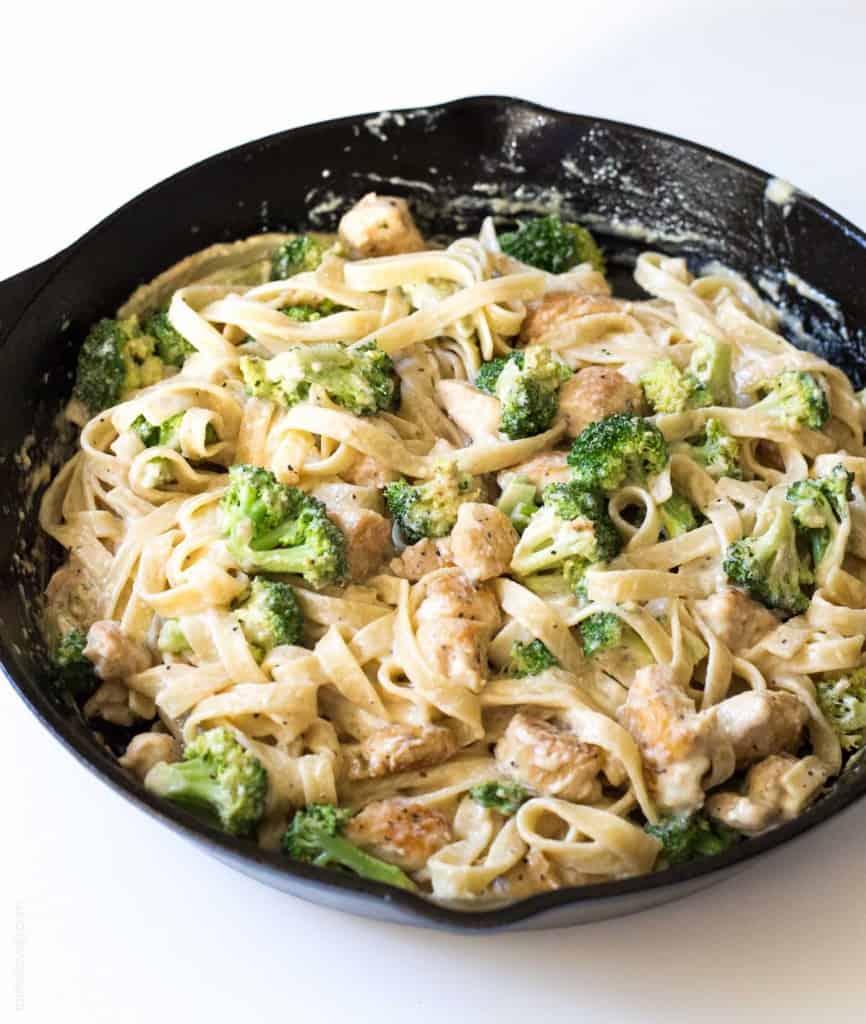 Do yourself a favor, and never use a store bought jar of alfredo sauce.

You can make your own alfredo sauce almost as fast as opening a jar, but it tastes a million times better. 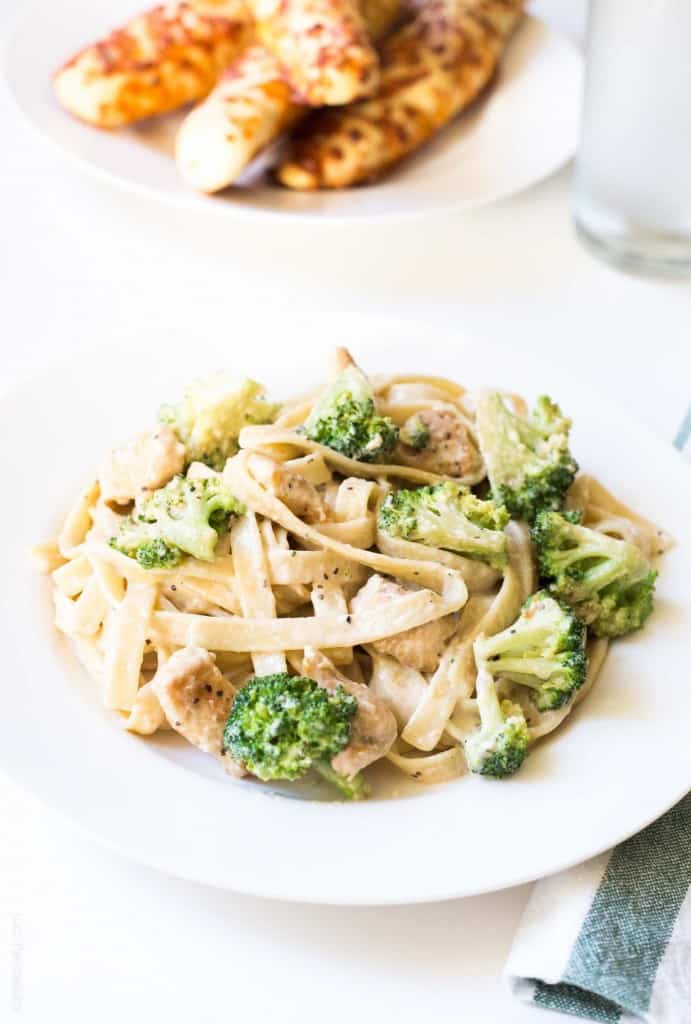 While it’s not exactly the healthiest, I can promise you it is the tastiest. I’ve made “healthier” versions of alfredo sauce, it’s just not the same. If it’s fettuccine alfredo you want, you’re craving this. 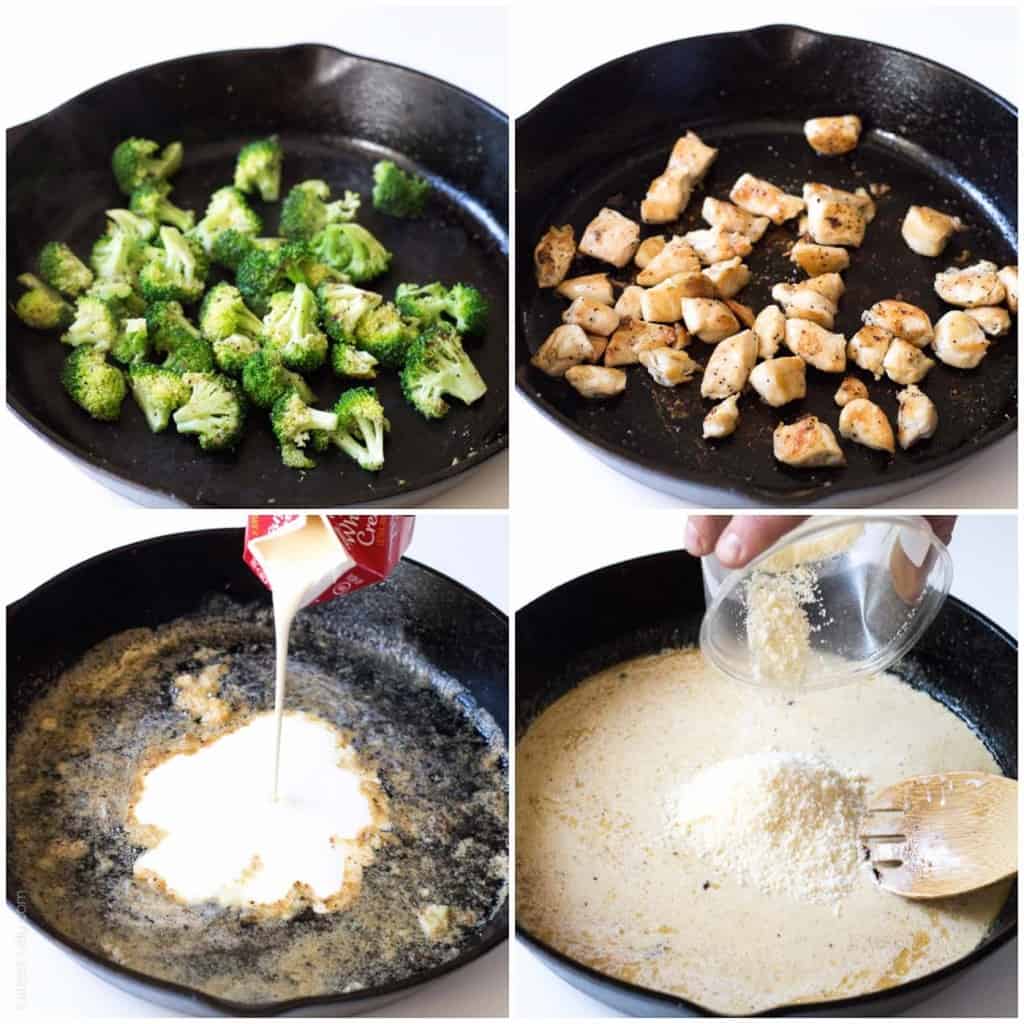 I start by cooking the broccoli in my beloved cast iron skillet. Until crisp tender. Then in the same pan I sear off cut chicken breasts. I like cutting the chicken breasts first because they cook much faster. 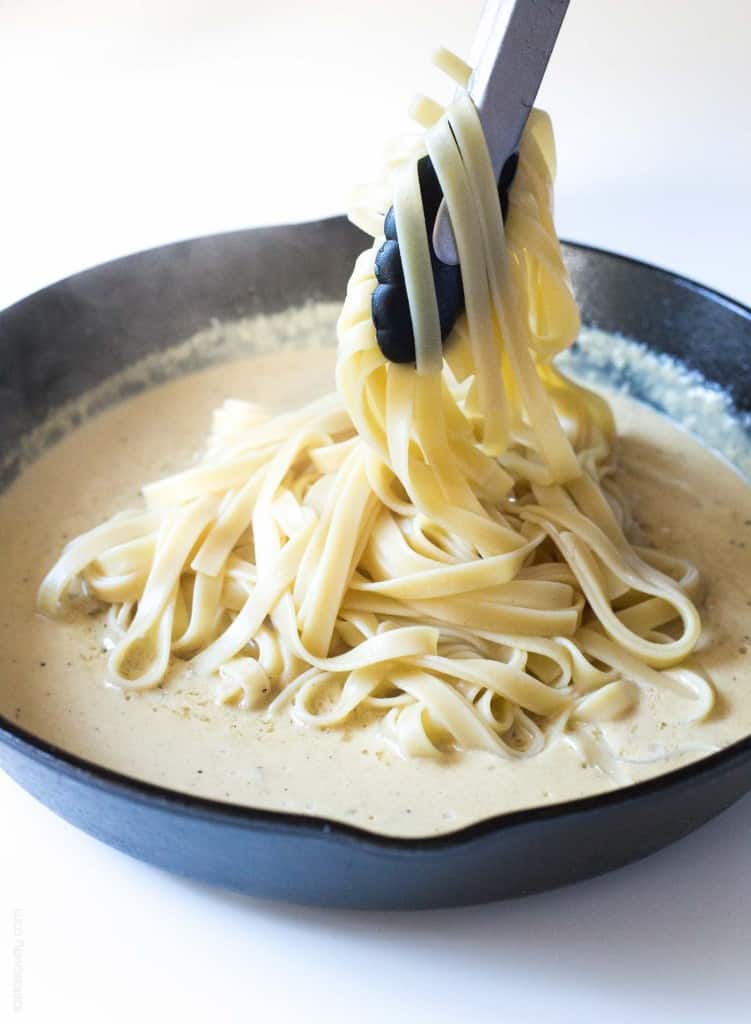 Then it’s time for the good part. The homemade alfredo sauce. 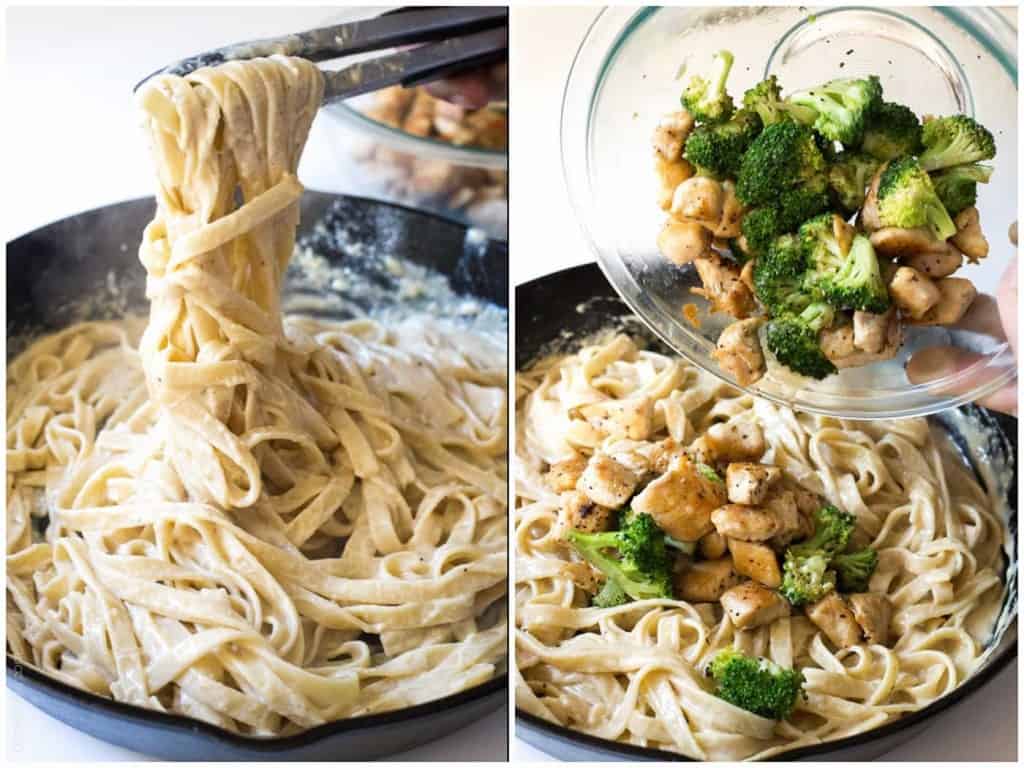 Add in your cooked fettuccine, chicken and broccoli, and a little of the pasta cooking water to thin out the pasta sauce to your desired consistency. 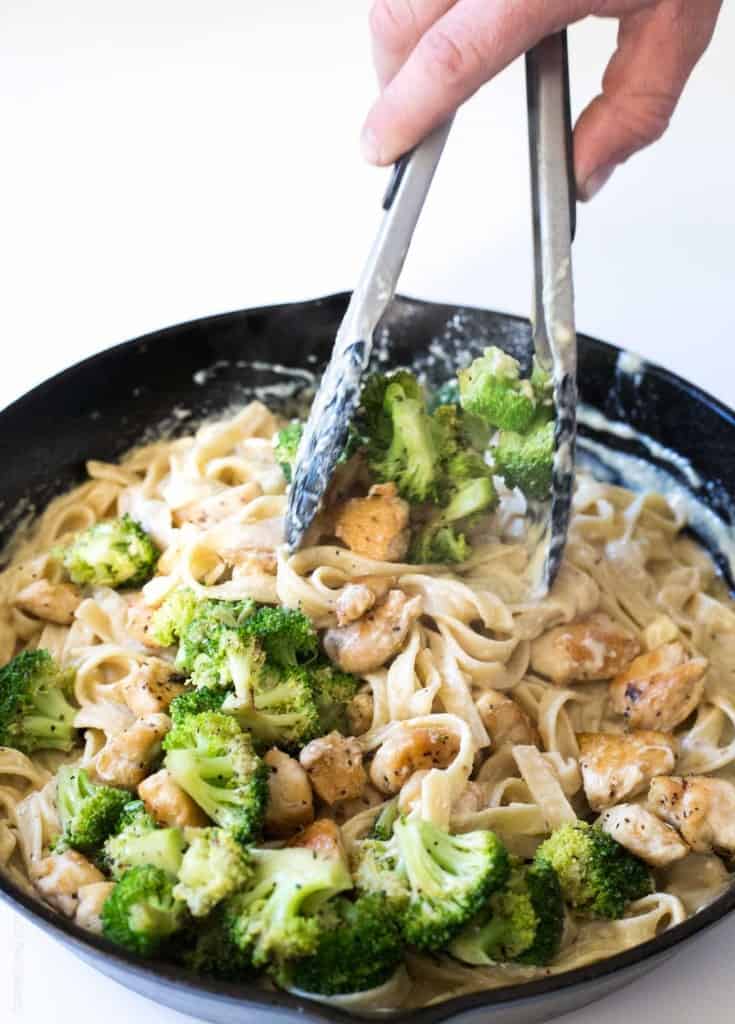 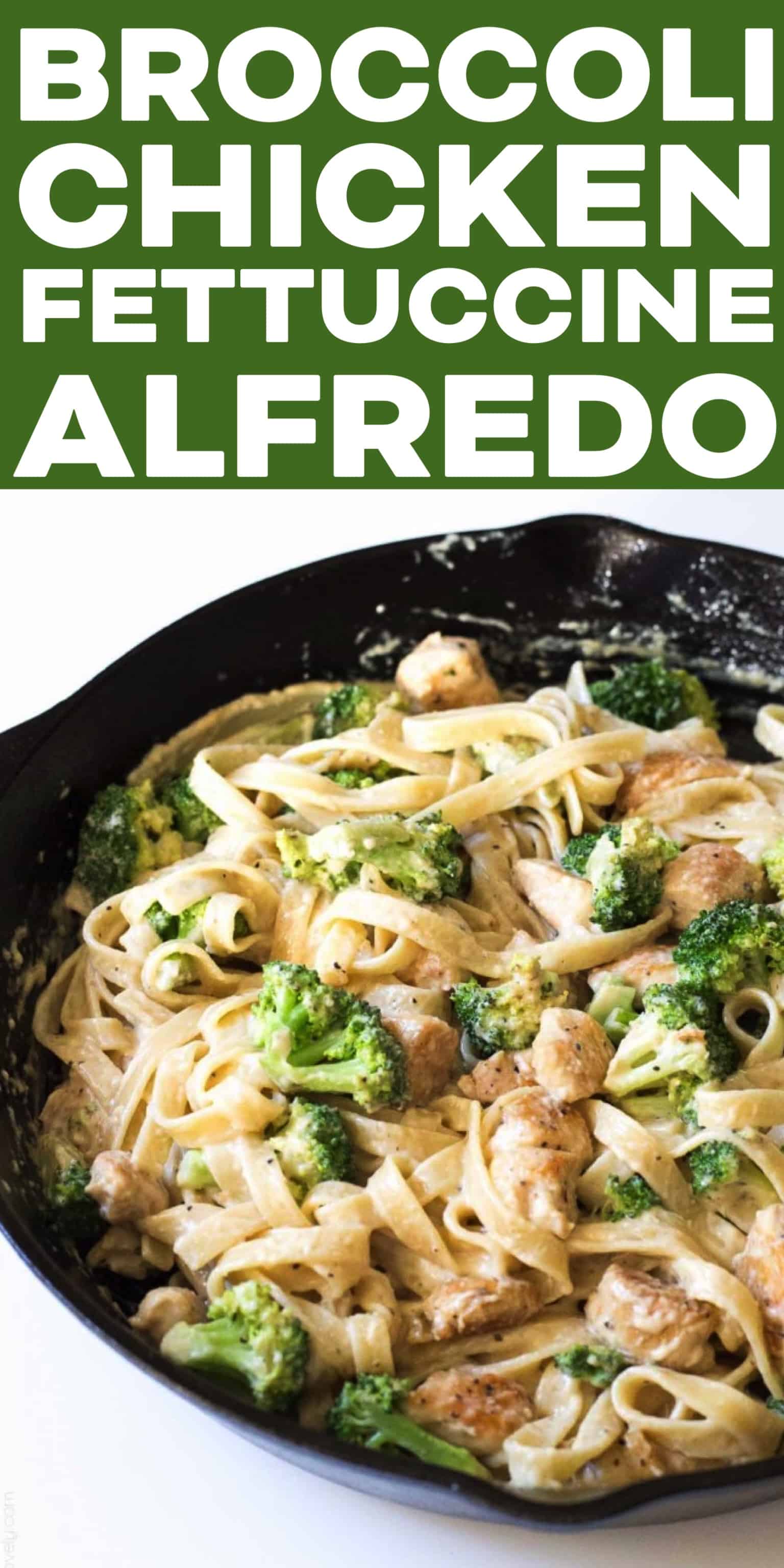 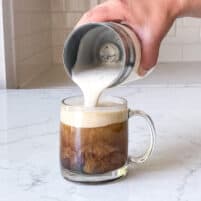 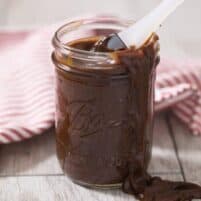 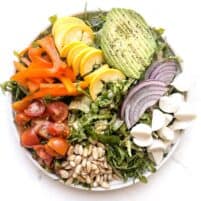