Jump to Recipe
5 from 9 ratings 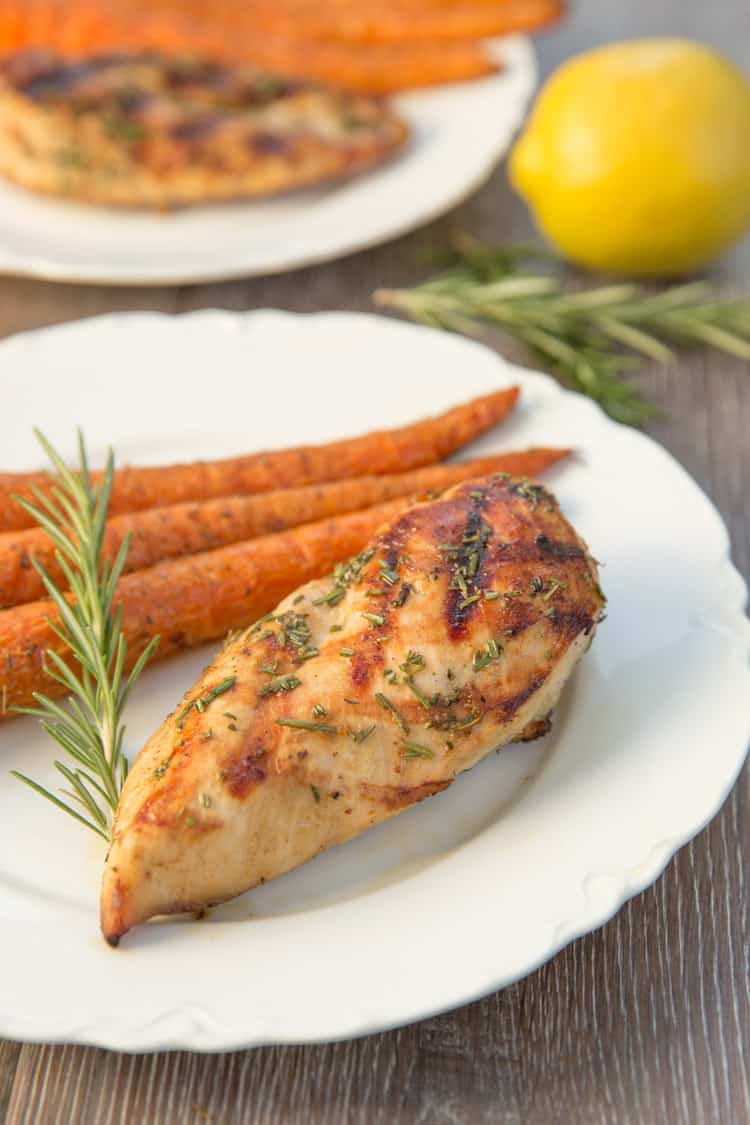 My big, tough husband has been plagued with scary dreams lately.

He does work installing high end home theaters and security systems, and has to crawl under houses to run the cables from room to room. Which basically means he crawls over rat poop and is surrounded by spiders and cobwebs.

Occasionally around 3am he’ll have a dream that he is in a crawl space and spiders start falling on him. He’ll start whimpering and scooching down the bed under the covers, as if he were in a crawl space trying to escape. The dreams seem too real to him, and it takes him a while to calm him down and be convinced he’s not under spider attack. 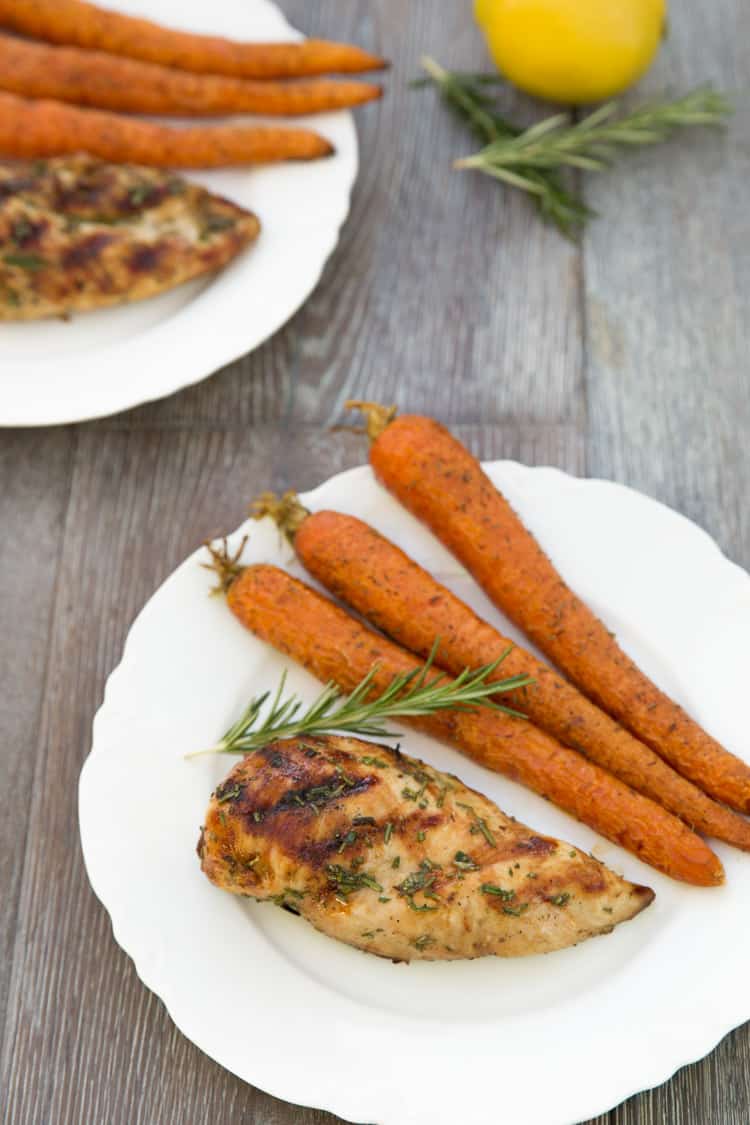 Me: Shawn, what’s wrong?!
Shawn: Spiders! A spider fell on my head!
Me: REALLY!?
Shawn: Ya, I was under the house and a spider fell right on my face!
Me: Under the house? *pauses, confused* I think you’re dreaming.
Shawn: No!
Me: Shawn, it’s the middle of the night and we were sleeping. You weren’t under the house. It was just a dream, you’re ok. There’s no spiders.
Shawn: Oh. Good. 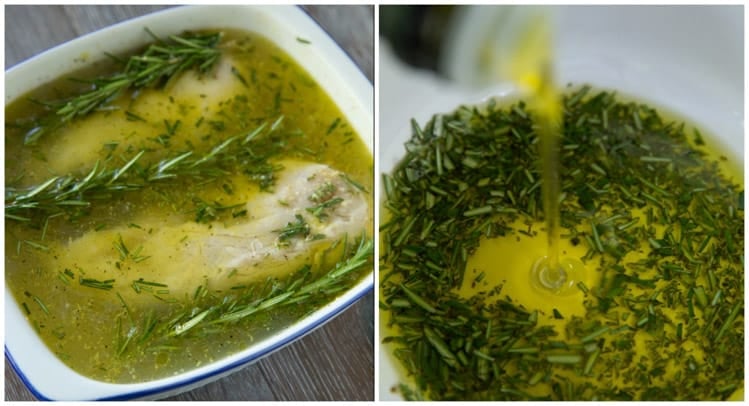 Now that it’s happened WAY more than a few times, he’s much easier to calm down. He’ll start whimpering or scooching, and I’ll reach over, rub his arm, and say, “You’re dreaming again.” He’ll go, “Hmmm? Mmmm.” Then fall back asleep. 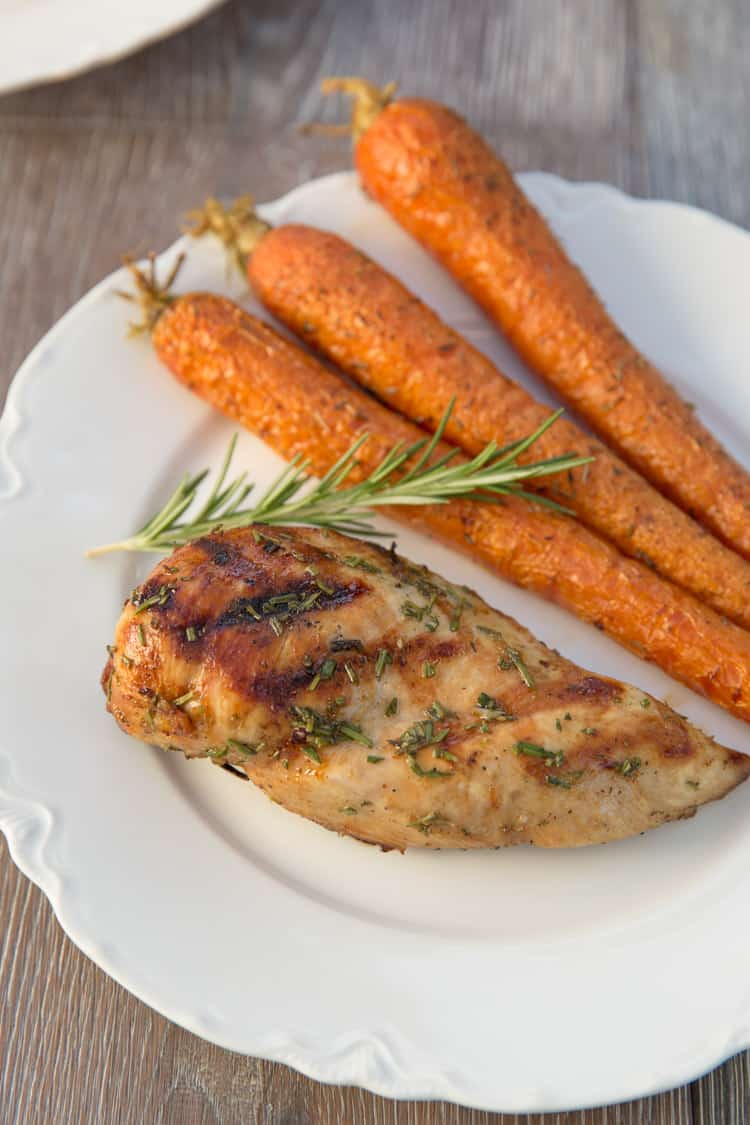 Along with being a nightmare comforting pro, I’m now a wine marinated chicken dinner pro.

This wine marinated chicken is seriously a-ma-zing. The chicken breast is marinated in white wine along with lots of lemon zest, fresh rosemary and some garlic. Grill it up on the BBQ for even more flavor, and during the last minute of cooking you brush it with a rosemary olive oil mixture. 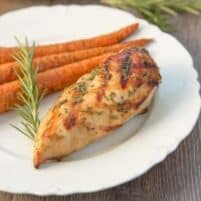