Baked potato wedge fries are better than fried. Who’s with me? 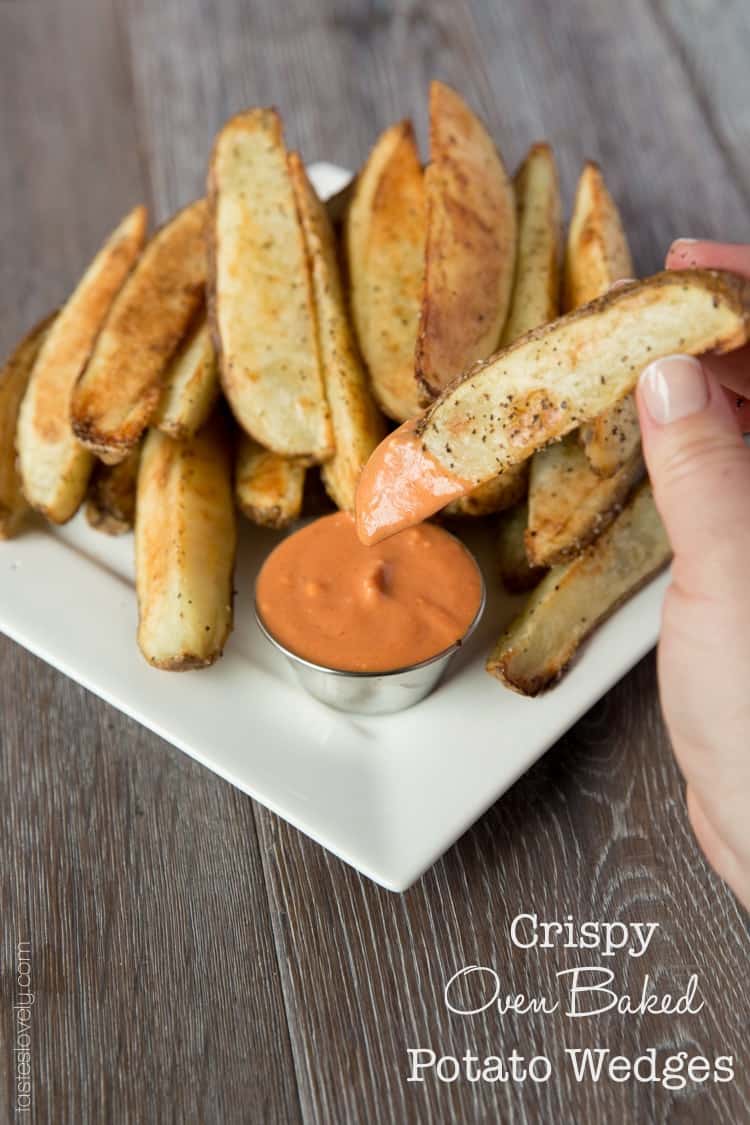 Not only are they less calories, but there’s no chance of oil splatter burns. Plus your house won’t reek of frying oil for the next couple days. What is up with that strong smell of frying oil? I swear furniture just absorbs it. Ick.

Potato wedges hold a special place in my heart because they are the first thing I cooked for Shawn when I was a 17 year old novice cook. Looking back now, I’m surprised he liked them because they were just…wrong. Soggy, dripping in extra oil, unevenly cut. Basically everything you don’t want in your wedge fries.

I’ve come a long way in my cooking skills in the past 10 years, and I can confidently say that I’ve perfected crispy-on-the-outside, tender-on-the-inside oven baked potato wedges. I’ll let you in on my secrets so you can enjoy these in your home. 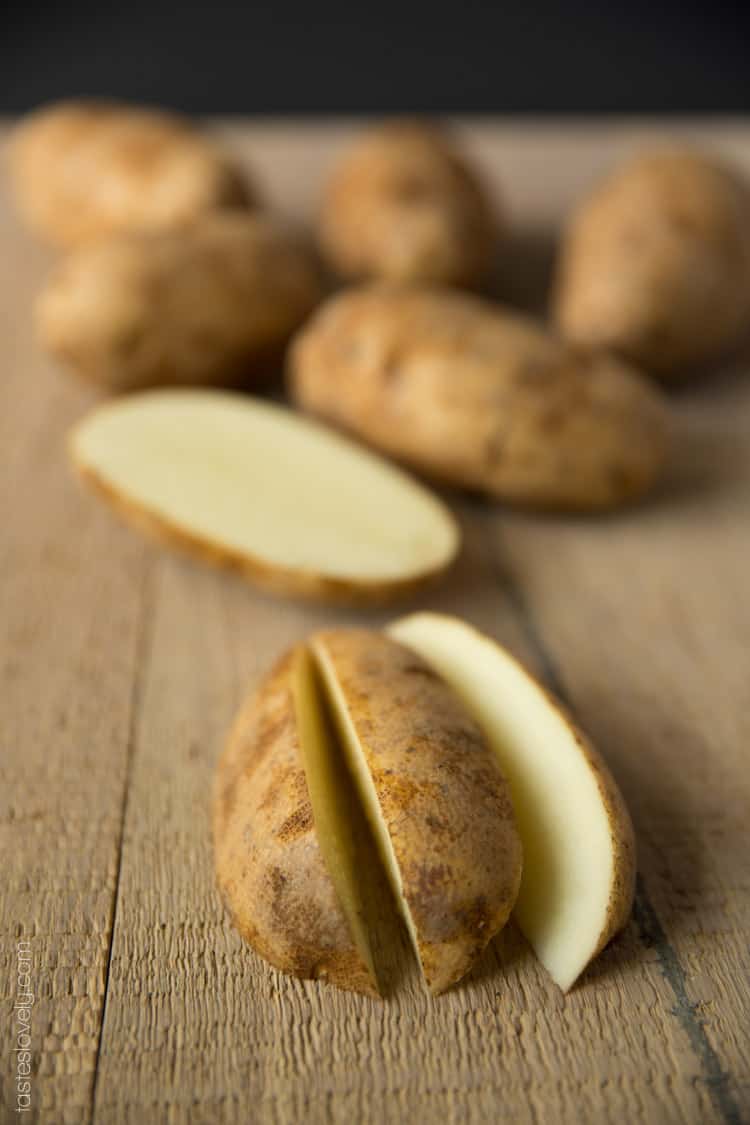 Choose even sized potatoes so they will cook up evenly. Cut them in half, then cut those halves into thirds. Perfect wedge fry size. 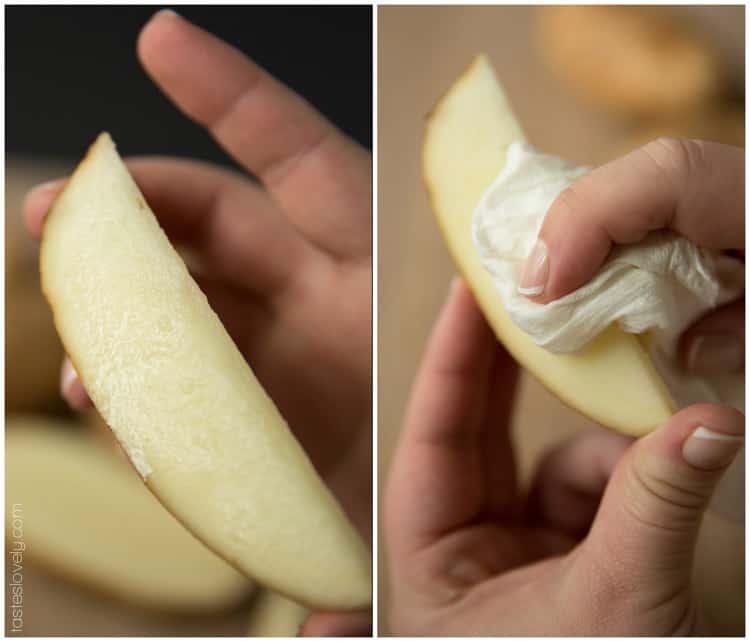 When you cut the potatoes, they release moisture. This moisture prevents them from getting crispy. Get a paper towel and wipe away all the moisture until they’re dry. It’s a little time consuming, but this step is crucial if you want them crispy. 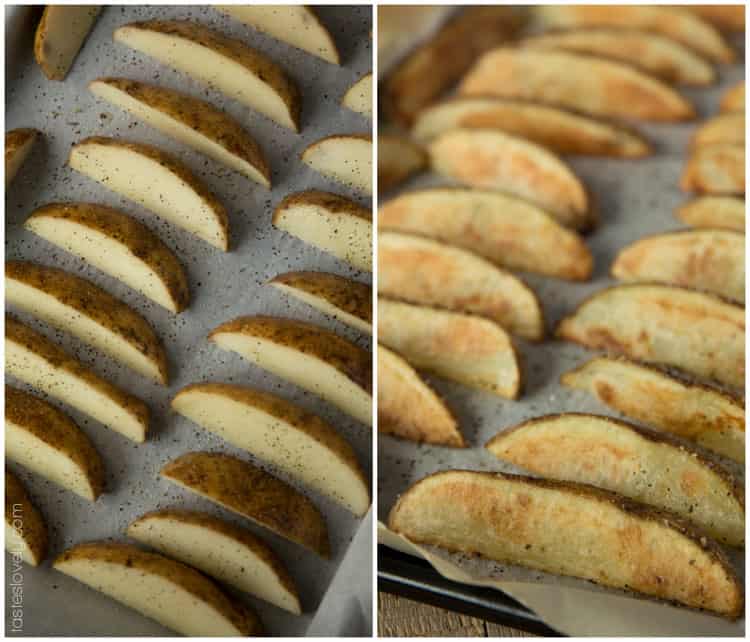 Roast them on parchment paper so they don’t stick to the pan, and space them out so air can circulate between the potatoes. If they’re too crowded they will steam instead of crisp up. 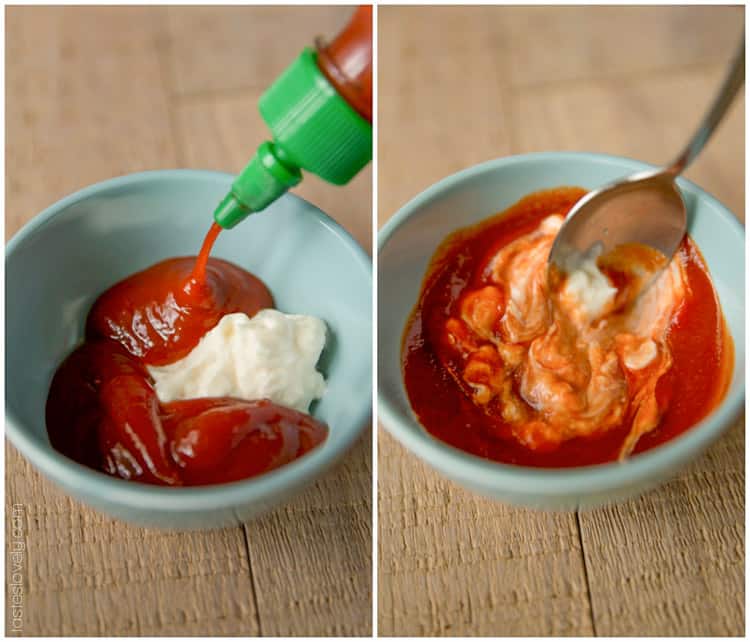 And of course, potato wedges are nothing without a great dipping sauce. I’ve recently discovered sriracha and I’m obsessed! It gives so much great flavor with just the right amount of spice. This sriracha ketchup is amazing. I want to put it on everything. 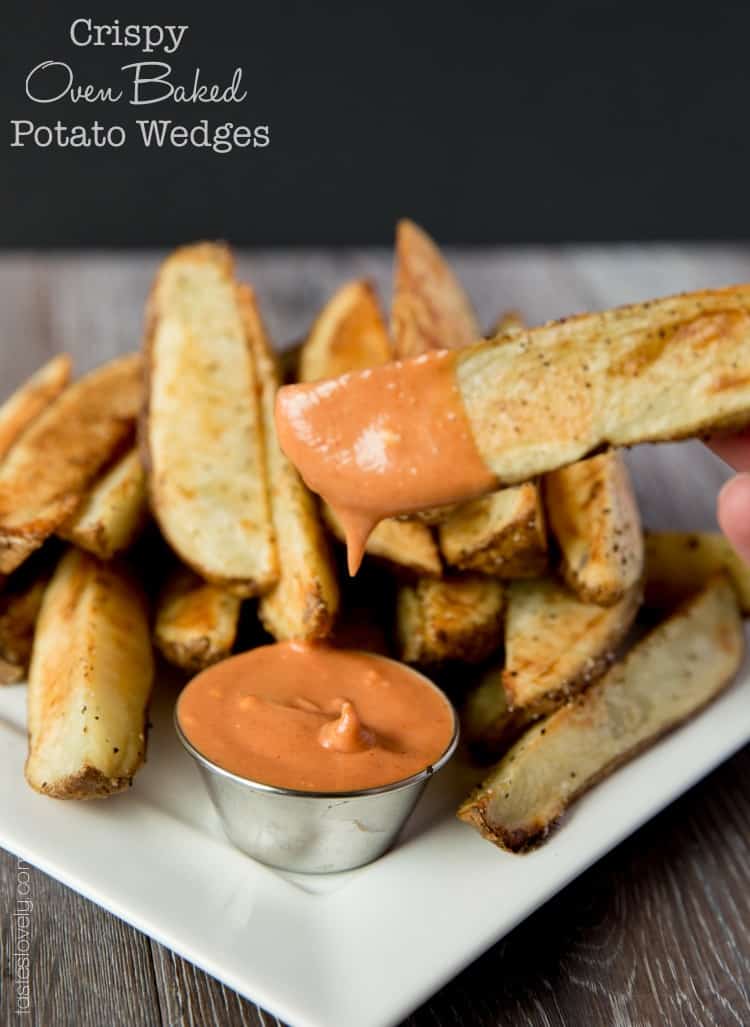 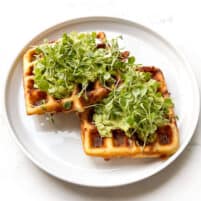 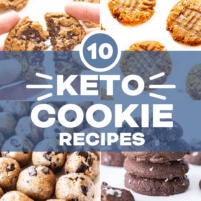 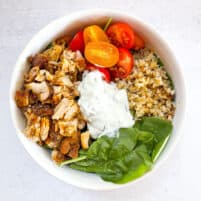