Jump to Recipe Jump to Video
5 from 1 rating

These fudgy chewy brownies taste exactly like a box mix, but better because they are homemade! An easy cleanup 1 bowl recipe, no stand mixer needed. 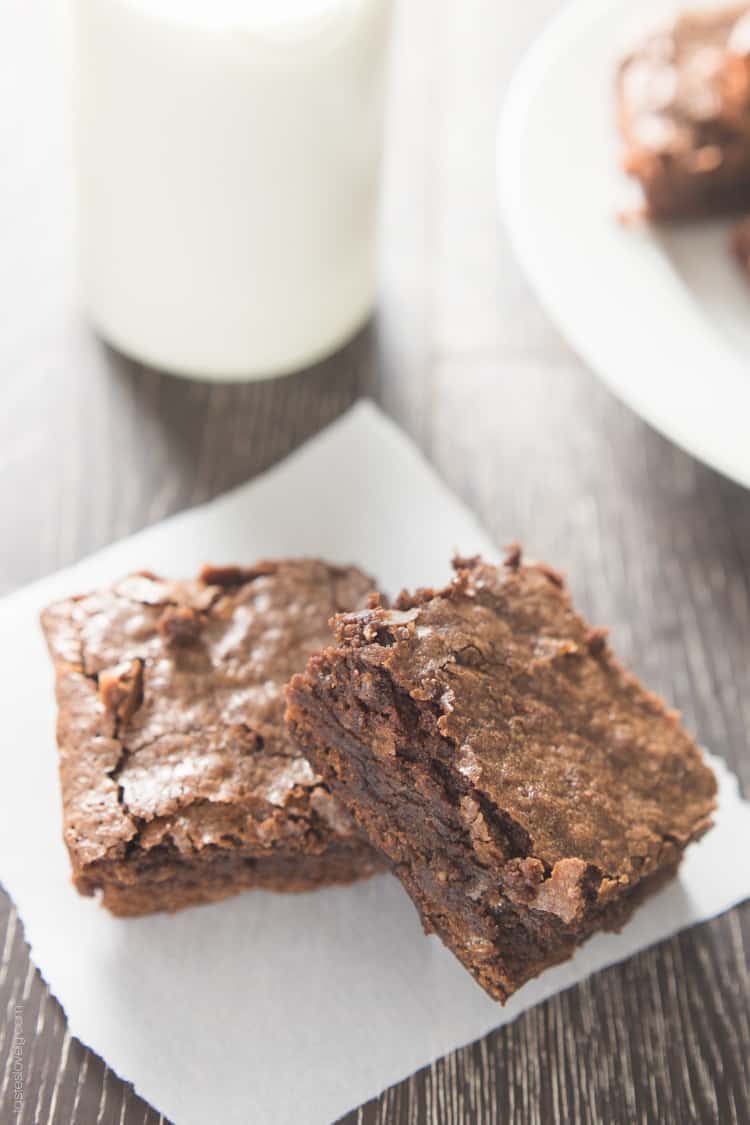 Shawn and I spent 3 of our college years separated. Well, technically 3 years and 1 quarter. Shawn went to school at UC Santa Barbara, and it was so hard being apart he took WAY more classes than a full load and graduated 2 quarters early. He moved home a week before Christmas in 2008, and it was one of the best weeks of my life.

While he was down south, I was here at home going to San Francisco State full time while waitressing. I would take the train (yes, old school Amtrak train) from San Jose to Santa Barbara to visit him about once a month. It would take about 8 hours, but it only cost $32 round trip and I could get lots of studying done. 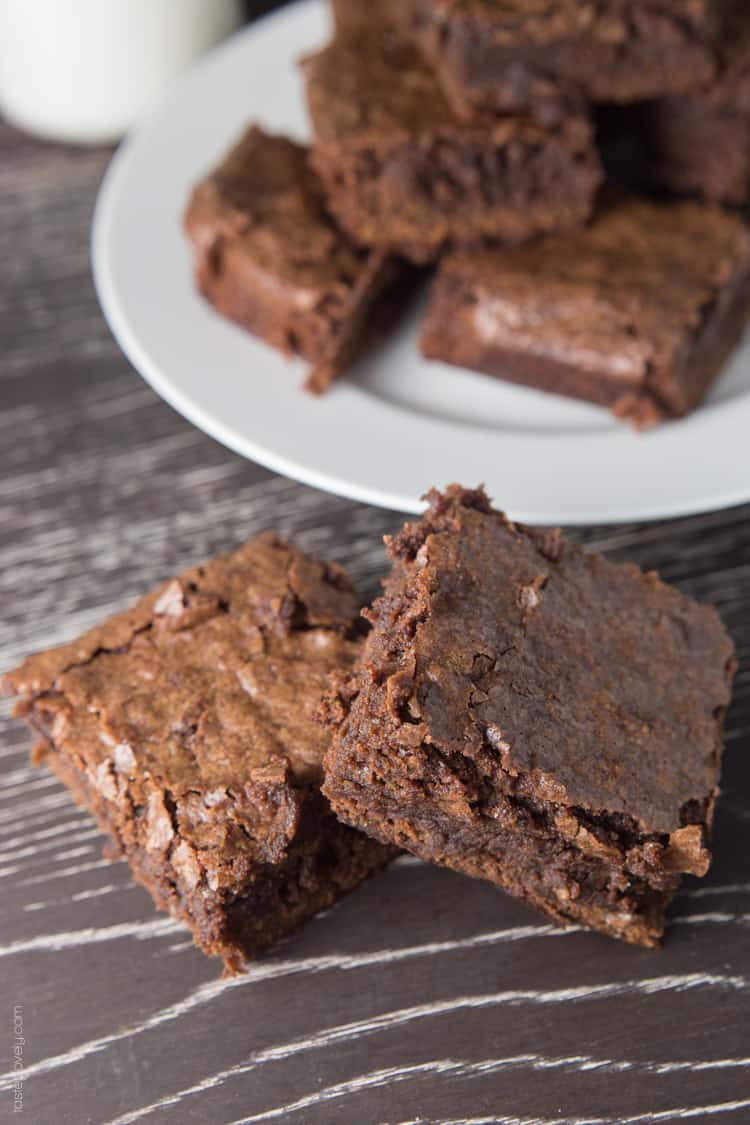 On the weekends when I couldn’t visit him, I would mail him little care packages. Sometimes they would include a mix CD full of my favorite songs that I would download off Kazaa or Limewire (remember those?). Sometimes I would send him a new movie since the poor guy didn’t have cable. But one thing these care packages would always include were brownies. I would stack them up in a big tupperware container and write him a note on the lid with a Sharpie. He still has those lids. Every. Single. One.

And I wouldn’t send him just any brownies, but these homemade fudgy chewy brownies. A box mix just wouldn’t show how much I care. Anyone could buy a box mix and add eggs and oil. No no no. It was only the best, homemade brownies for my guy. 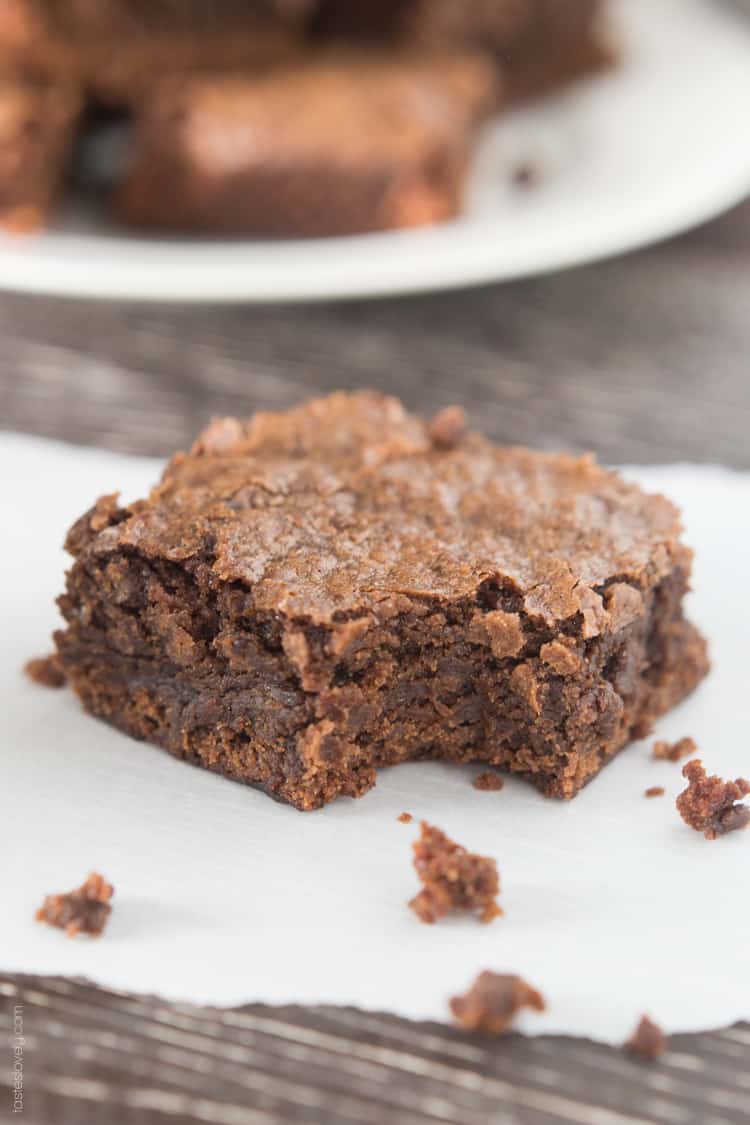 Plus, these brownies are embarrassingly easy to make. Just 1 bowl, 1 spoon, and 1 baking pan. No need to break out the mixer, or melt chocolate using a double boiler. It takes just a few more minutes to make than a box mix, but tastes oh so much better. You can taste the love. 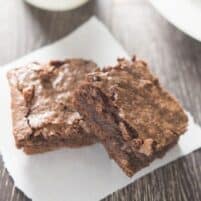