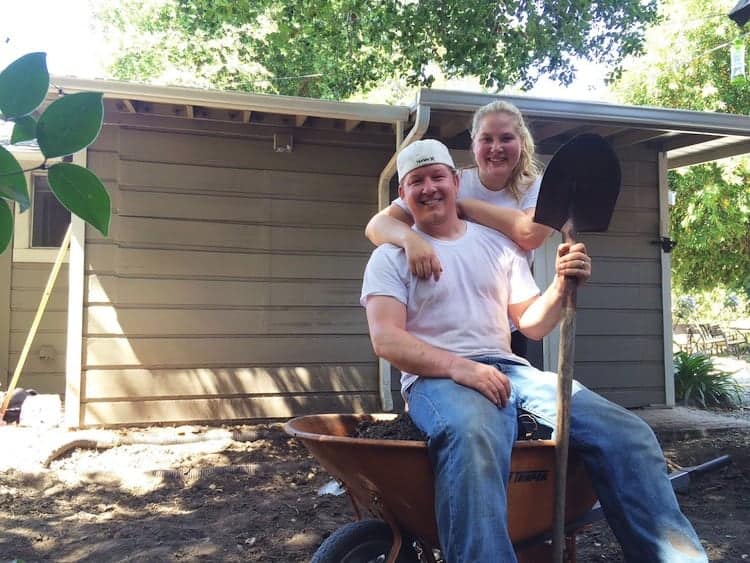 1. We had our first free weekend this summer! No weddings. No nothing. What did we do? We decide to dig up our backyard so we can start laying a brick patio. Did I mention it was over 100 degrees over the weekend? Because it was. And did you know that if you want to lay a brick patio, you have to dig at least 8 inches deep? I kept begging Shawn to fire me so I could go watch TV. No luck. But we did get everything dug up and level, about 150 wheel barrel trips full of dirt later. Digging dirt is haaaaard. Can’t wait to lay the brick this weekend! 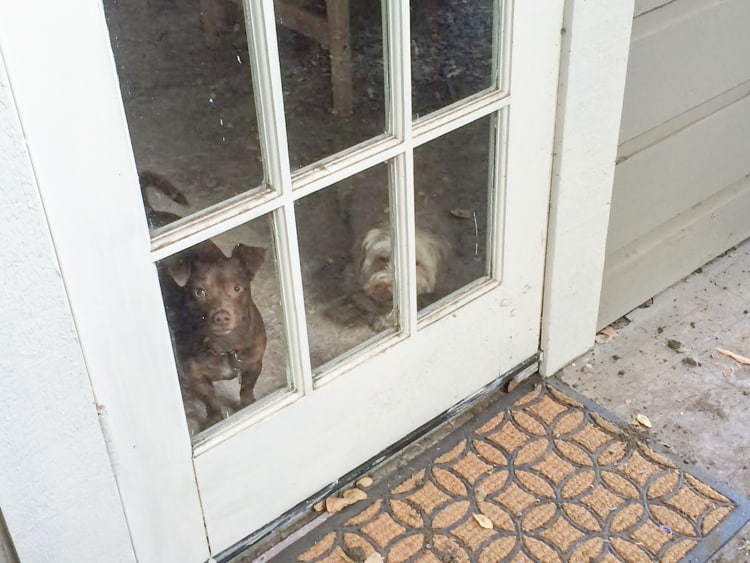 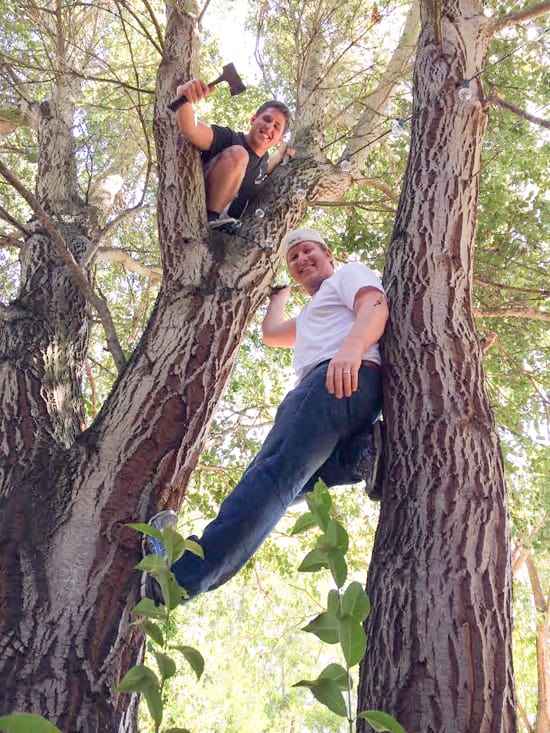 3. Along with our new brick patio, our bakyard is going to need some lights! Shawn and his brother Byron hung some of those globe outdoor string lights for us, running from the tree to the house. We didn’t have a ladder, but that’s no problem for these fellas. They just climbed those trees like monkeys. Love our new outdoor lights!

4. Remember how I wrote about having unlimited email and website browsing on our satellite internet plan earlier this week? Welp, after reading that post, Shawn told me that we in fact do NOT have unlimited email and website browsing. I was confusing that with another internet provider that was more than twice the price. The 10 gigs we have is for e-very-thing. Must have missed that memo. Thank goodness we’re grandfathered in to “unlimited data” on our AT&T iPhones. We plug them in to our TV whenever we want to watch Netflix or rent a movie off iTunes. An obnoxious extra step, but saves us buttloads in data usage.

5. Ok friends. You know those recipe videos I’ve been posting? The final product looks all organized and professional (I hope), but if you could only hear the dialogue that is going on in the background as Shawn is filming them, you would probably die of laughter. Usually when we are filming these, we’re exhausted from long days of work, and hungry for dinner. Aka, we have very short patience for each other, and get a little “snappy”. All with love! Kind of…

Remember that coconut lime rice video I posted on Tuesday? We were particularly fussy, and Shawn captured this gem of a conversation on film. This is exactly what we’re like when we’re in super crunchy moods. I secretly wanted to rip Shawn’s head off, but was trying to be as nice as I could. Can you tell?

Shawn was laughing so hard about putting my signature “ending” on the end of this video! Ha!

If you didn’t notice the first time, the first shot of rice (that we actually ended up using anyway, whatever) was totally out of focus. The hardest part of filming is keeping everything in tack sharp focus. I tried scooping the poured rice up out of the coconut oil to do 1 more attempt and it looked…well…as I so eloquently put it, like s***.

22 Comments on “Five Things for Friday”