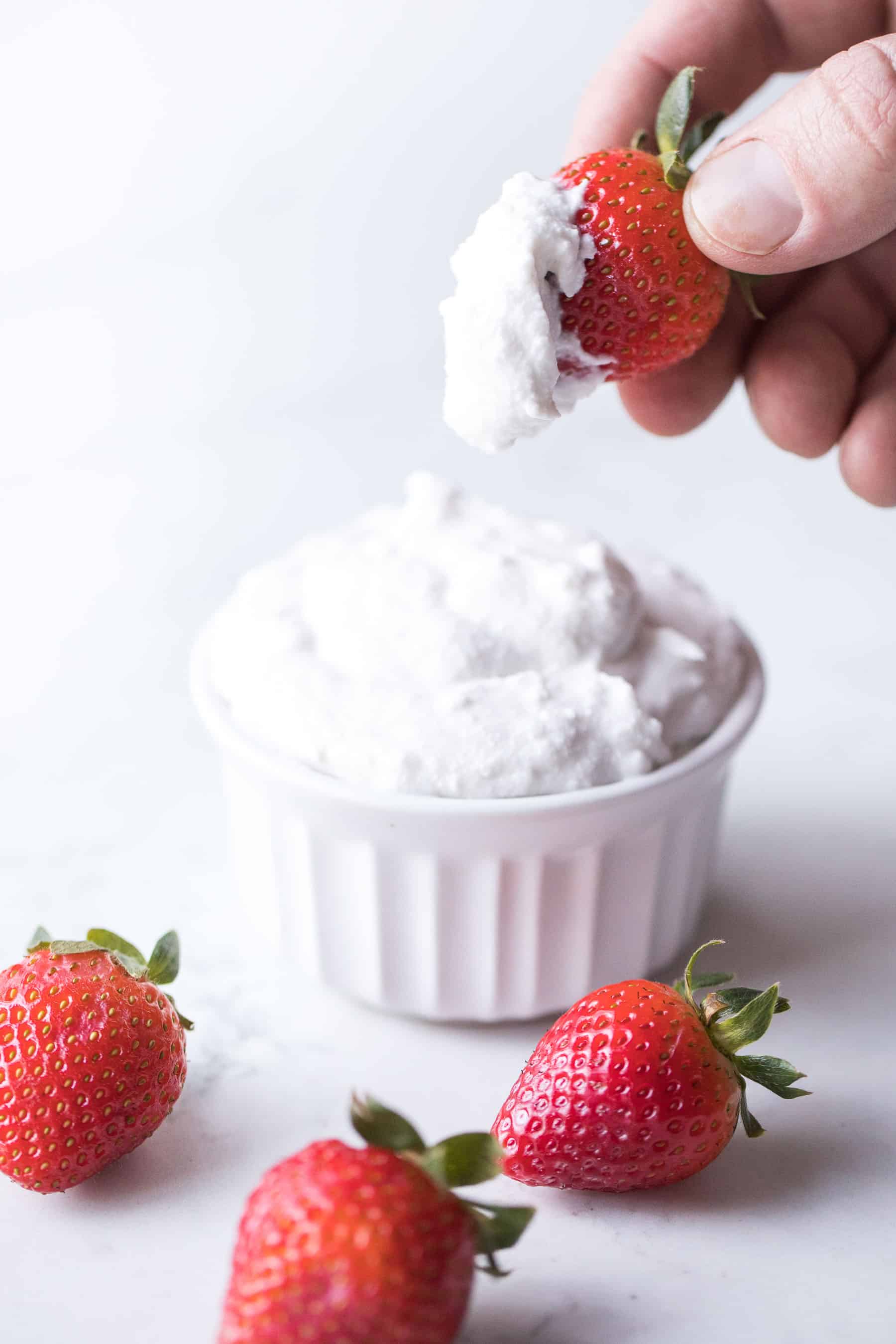 This is my absolute FAVORITE healthy sweet treat!

I make it all the time, and know you’re going to fall in love with it too. 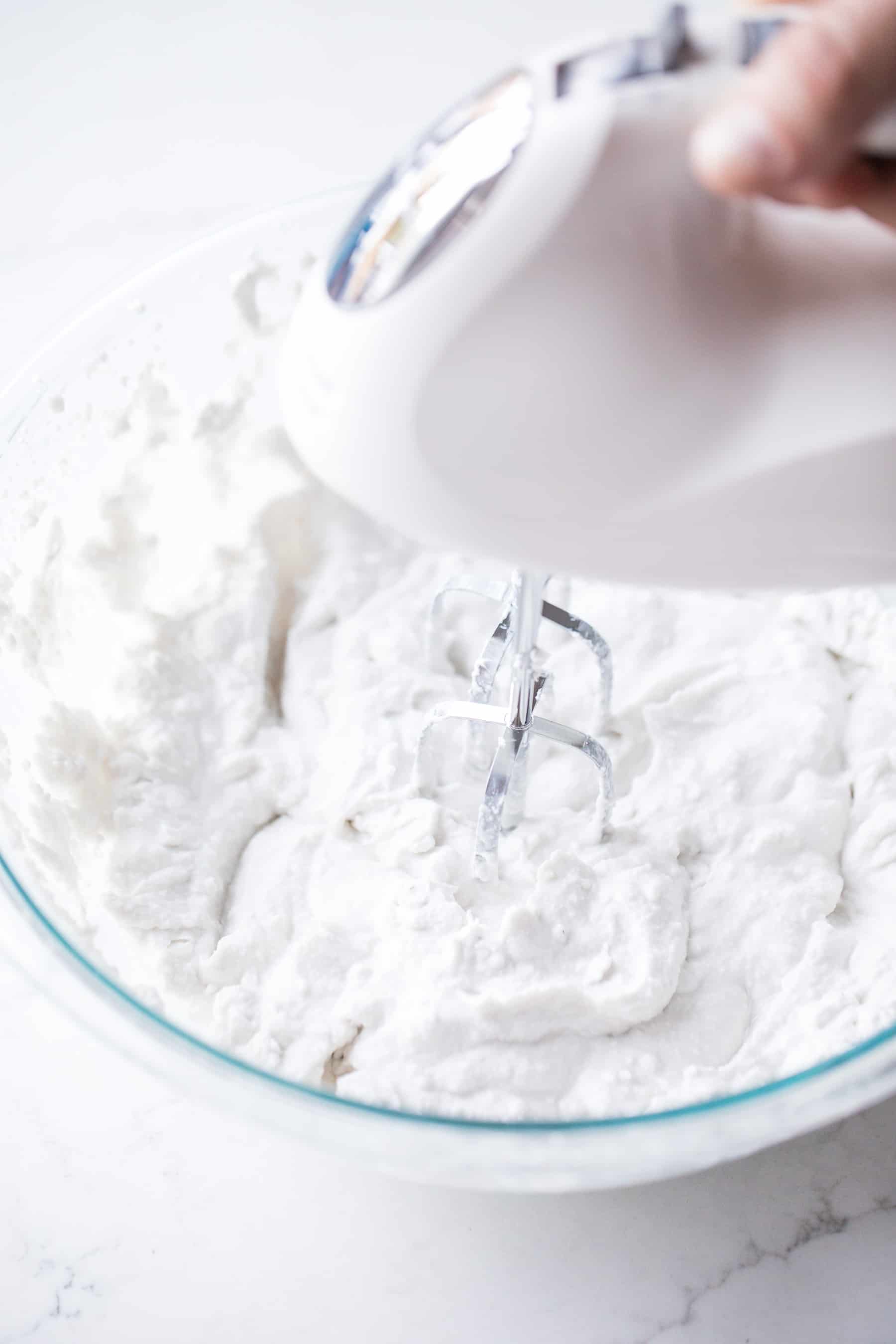 It’s just 1 ingredient. Coconut cream. Whip it up with a hand mixer or stand mixer (or heck, even a fork and a bowl if you’re feeling lazy!), and it gets fluffy like a cloud and tastes just like whipped cream. Since it’s made with just coconut milk it’s paleo, whole30, keto, sugar free and vegan.

The coconut milk is plenty sweet enough for me. Especially since I serve it with fruit that adds its own natural sweetness. If you want it even sweeter, you can add a bit of maple syrup or honey, but it will no longer be whole30 + keto. 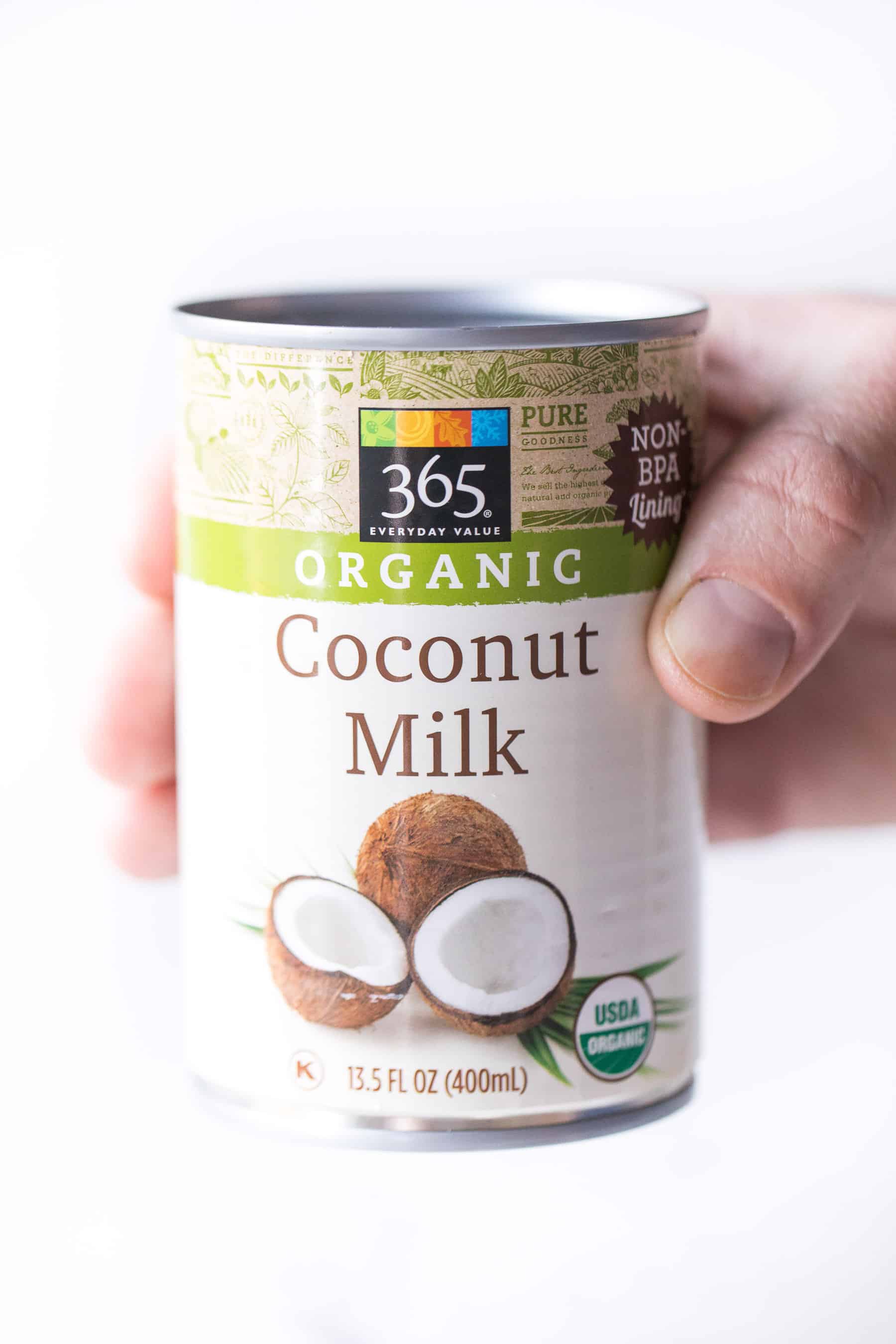 Sadly, Trader Joe’s, Thai Kitchen and Native Forest do not work well to make coconut whipped cream. Save those brands to use in sauces, soups or smoothies. 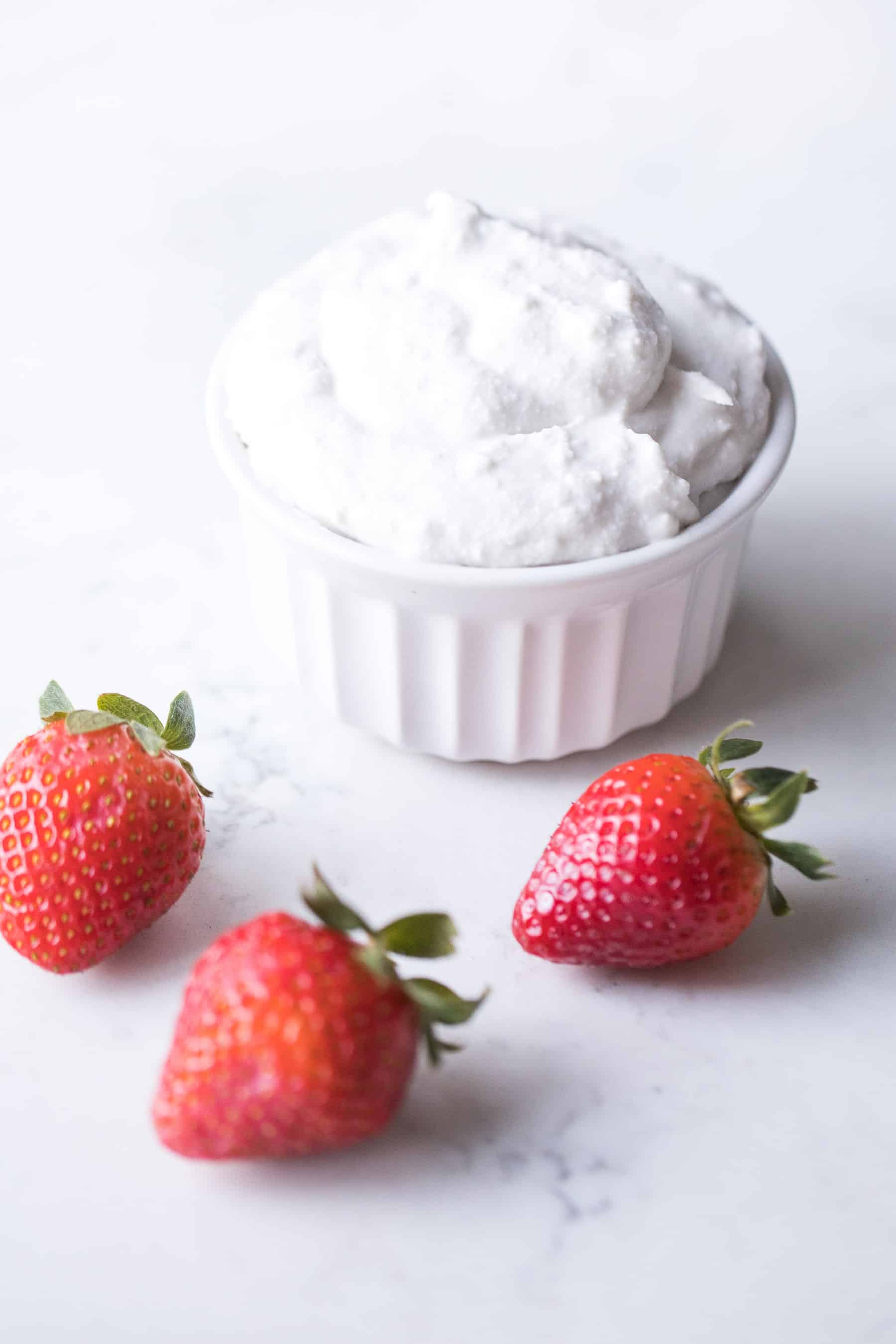 Coconut Whipped Cream Without Chilling The Can

If you need to have coconut whipped cream now, and didn’t chill the coconut milk, it still works pretty good! Doesn’t get as light and fluffy, but tastes delicious! I just scoop it into a bowl and whip it with a fork quickly. Great when I’m making a treat just for me!

You can serve the whipped coconut cream immediately, or transfer to an airtight container in the fridge for up to 1 week. It will harden up in the fridge. Just whisk for a few seconds before serving again.

If you like it sweeter, you can add some monk fruit for keto (no sweetener for whole30!). Or if you’re not following keto or whole30, use maple syrup, honey, coconut sugar, or even white sugar. About 1 tablespoon. 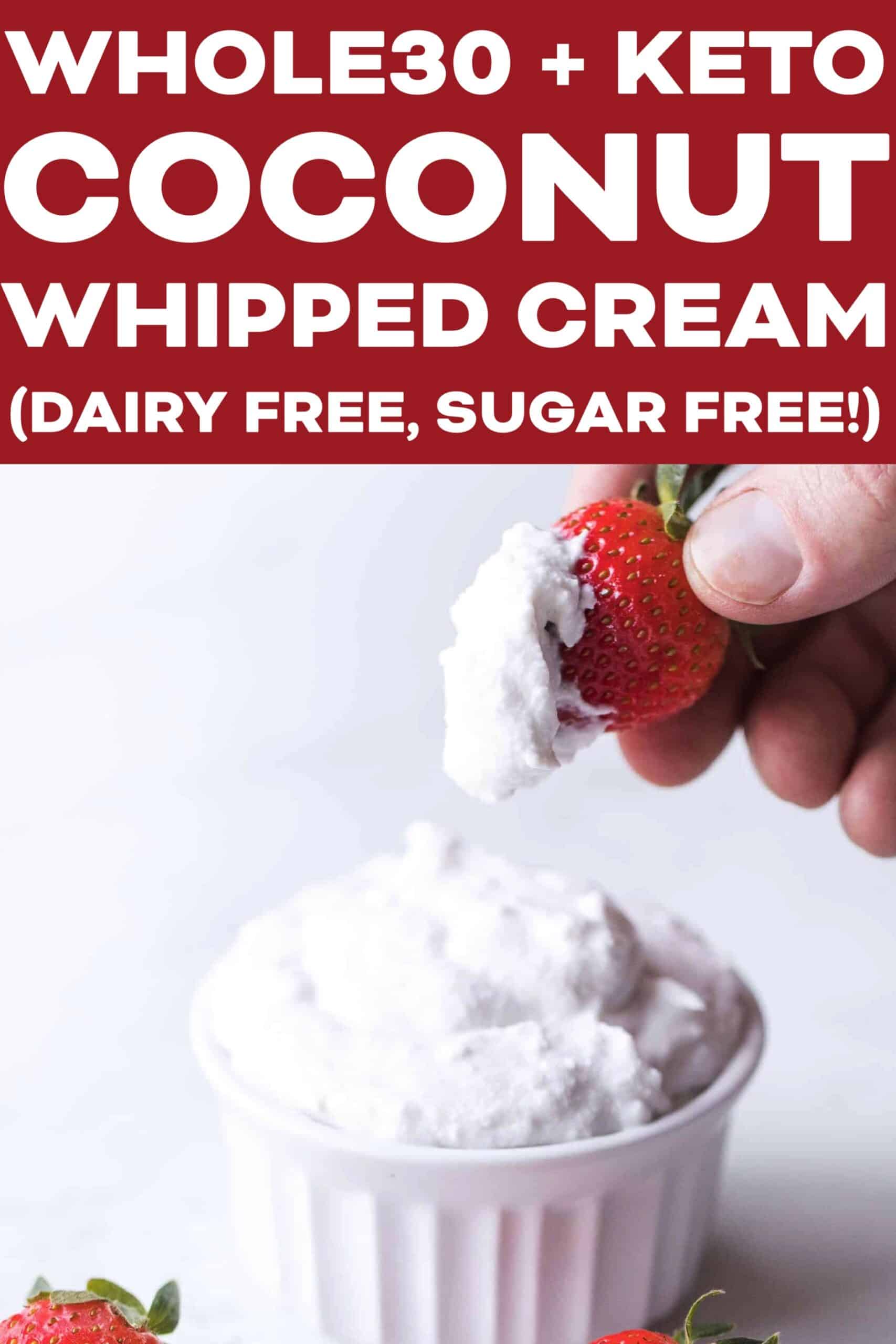 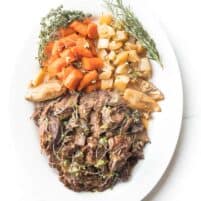 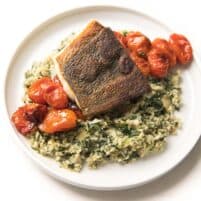 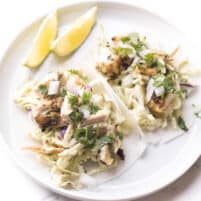