Jump to Recipe
5 from 7 ratings 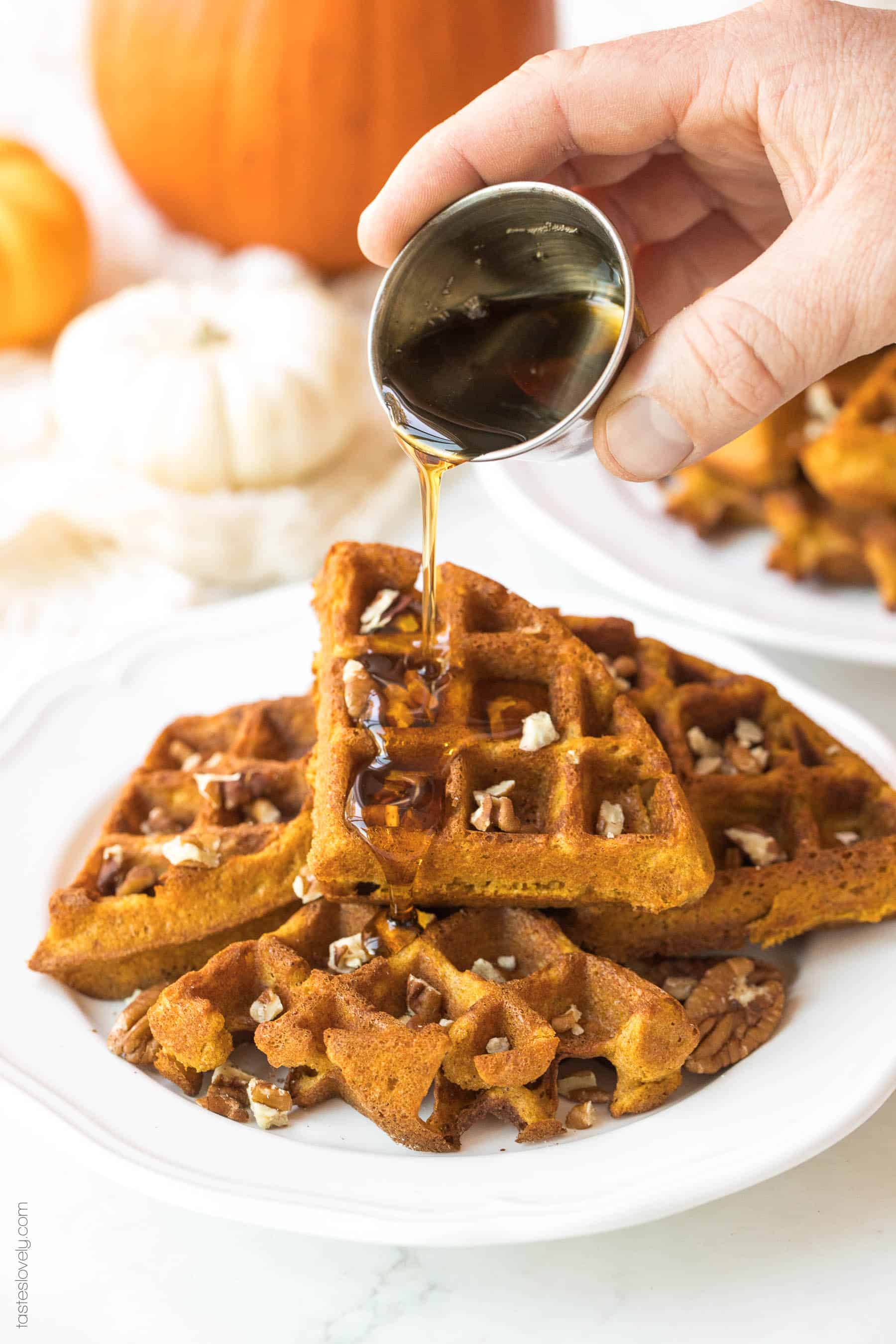 I have the funnest weekend planned for us. We’re going to take the boys to the pumpkin patch this weekend, at a pumpkin patch where you get to pick the pumpkins right out of the field. Josh (my 2 year old) is going to explode with excitement! He’s already getting excited about pumpkins at the grocery store, or as he calls them “puhkins”. Imagine when he gets to pick them from a farm! And Ryan (my 3 month old) is always happy to be along for the ride as long as I am wearing him on my chest. My little kangaroo baby.

Before we head out on our adventure, I’m going to start our day with these ultra crispy paleo pumpkin waffles. And we’ll probably get more pumpkin treats at the pumpkin patch.

A day of pumpkins! 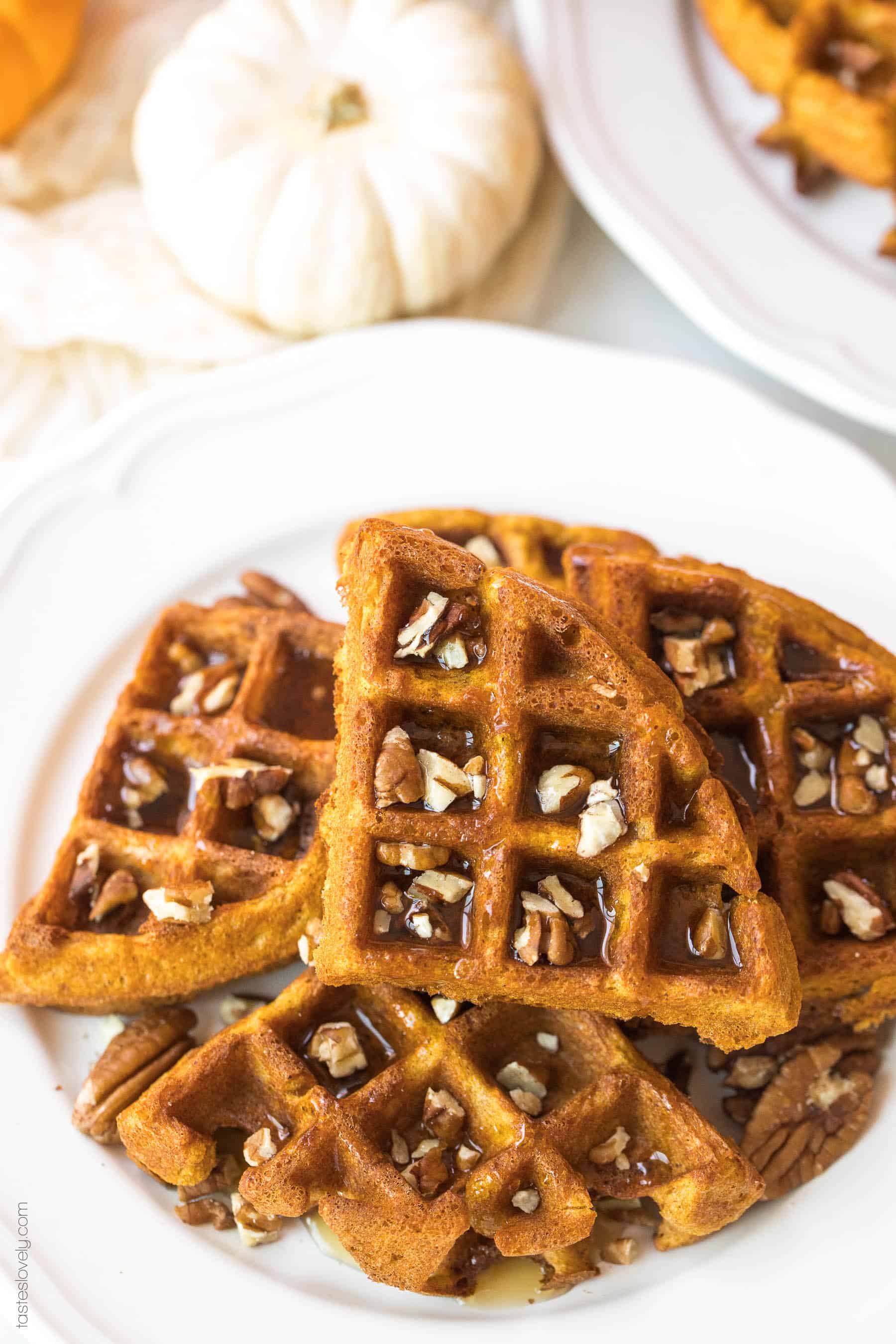 How to Get Crispy Paleo Waffles

These paleo pumpkin waffles are seriously so very, very good. They are based off of my previous crispy paleo waffle recipe that you all love. Just check out all those comments with rave reviews!

The reason these waffles are so unbelievably good is they’re crisp. Are you like me, and love your waffles crispy? And I mean CRISPY. So crispy that they make a cracking noise when I tap my fork on them? These are them.

The crunch is thanks to the beaten egg whites. When you beat the egg whites, it makes the batter light and airy with tons of air bubbles in it, and also gives the waffles that great crunch. It’s worth the extra bit of effort. I’ve made these waffles without beating the egg whites and they’re much denser and they don’t get as crispy. 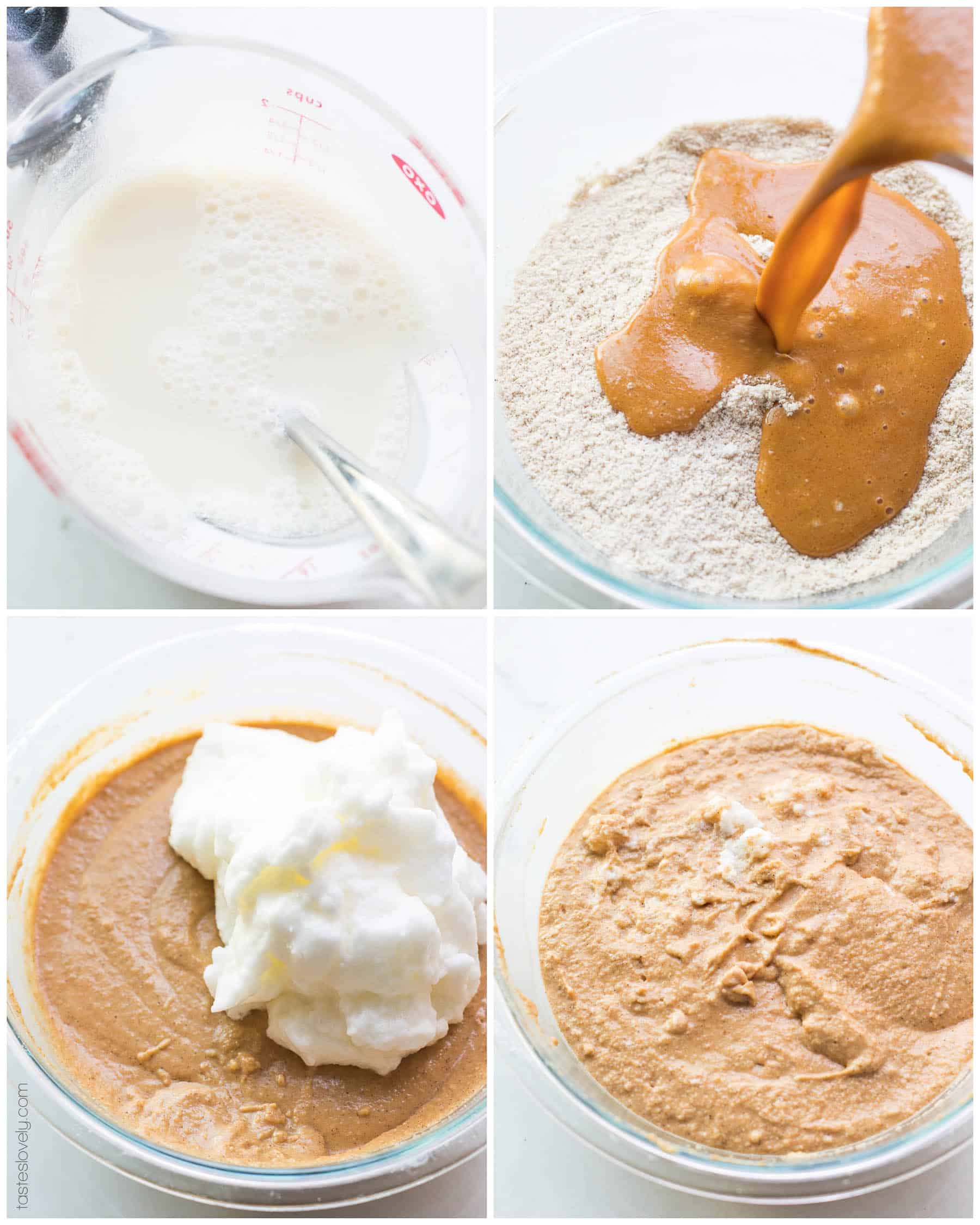 It’s great for feeding a crowd, and even better if you’re making them for your small family because you can freeze all the leftovers. These paleo pumpkin waffles freeze beautifully! I wait until they are cooled at room temperature, then pop them in a freezer ziploc bag. When I’m ready to eat them again, I pop them in a 350ºF oven for about 6 minutes until they are warm and I have delicious, healthy waffles for breakfast.

If your waffle maker is small enough, you could even reheat the waffles in your toaster! 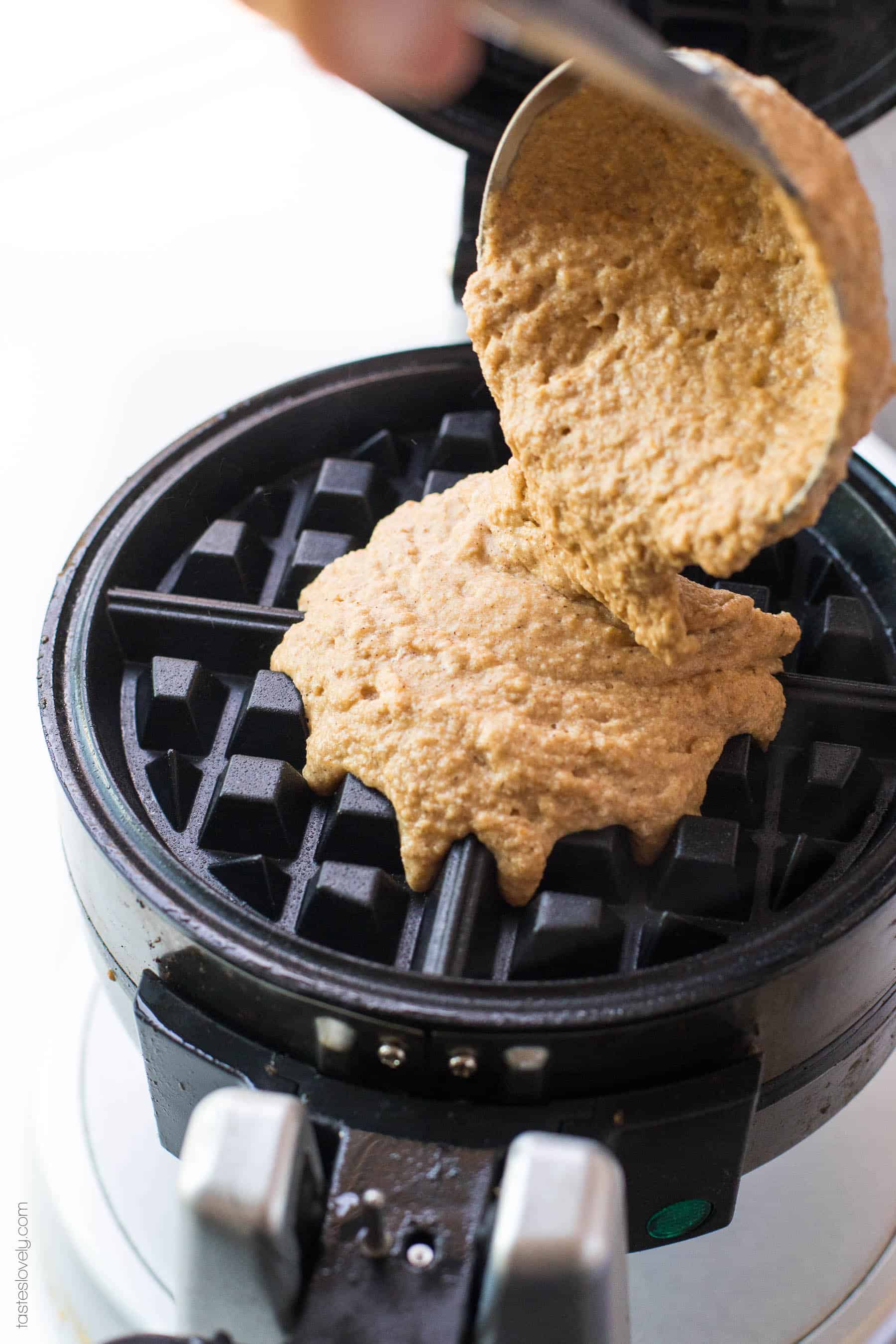 I love serving these paleo pumpkin waffles to my family because they are so healthy and packed with protein. All the fuel we’ll need for a day at the pumpkin patch. They’re made with almond flour, which has a ton of protein in it. And has 3 eggs, which is the ultimate protein source.

Along with being paleo, these waffles are also gluten free, grain free, dairy free, refined sugar free, soy free and clean eating. I let my 2 year old eat an entire half a waffle guilt free because I know these are so healthy for him. 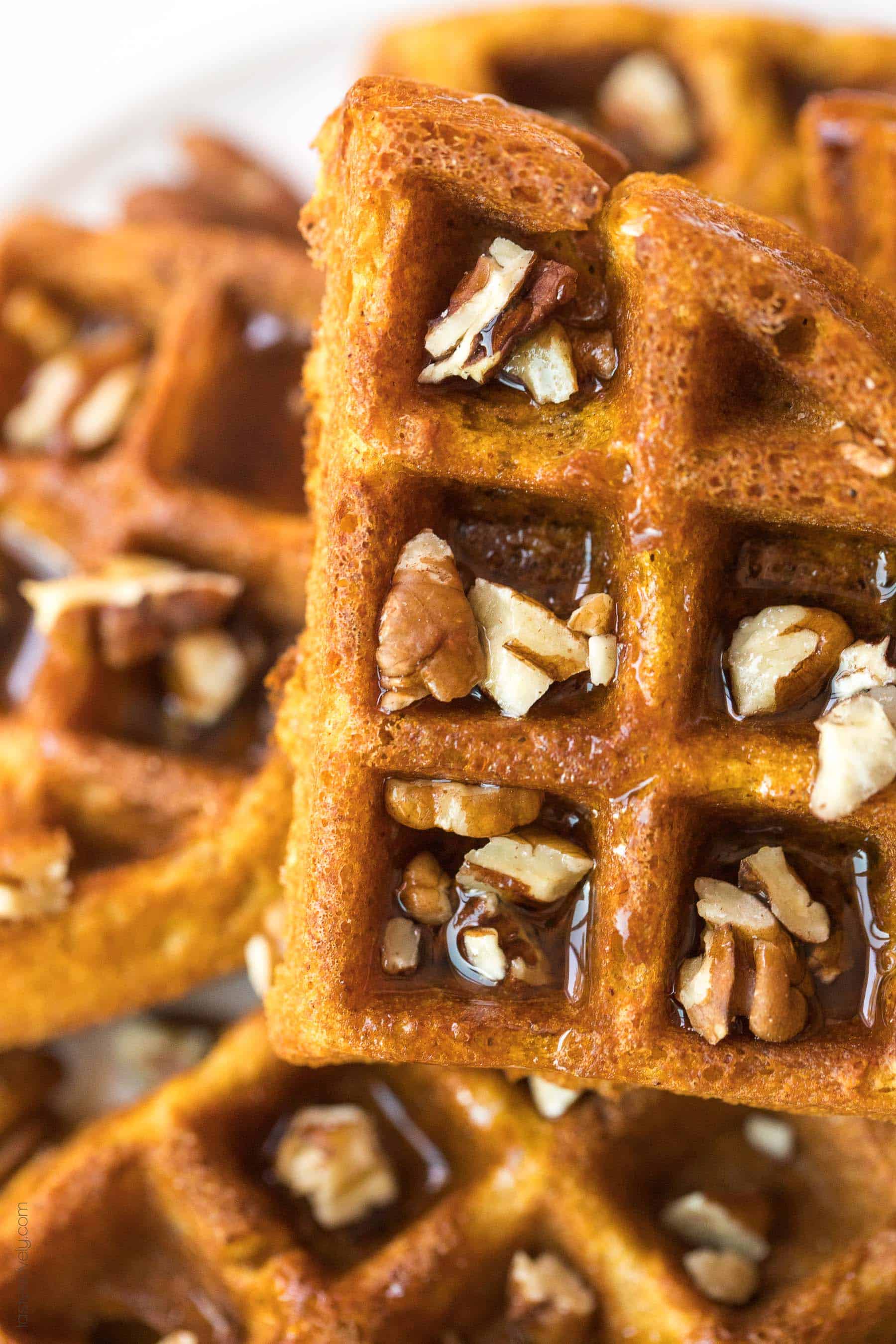 I love my crispy paleo pumpkin waffles topped with chopped pecans and drizzled with pure maple syrup. Perfect for fall! But have fun adding whatever toppings you like. 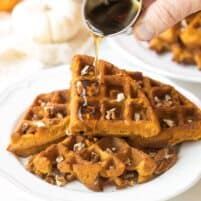 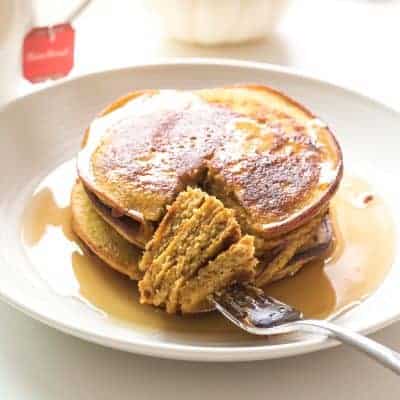 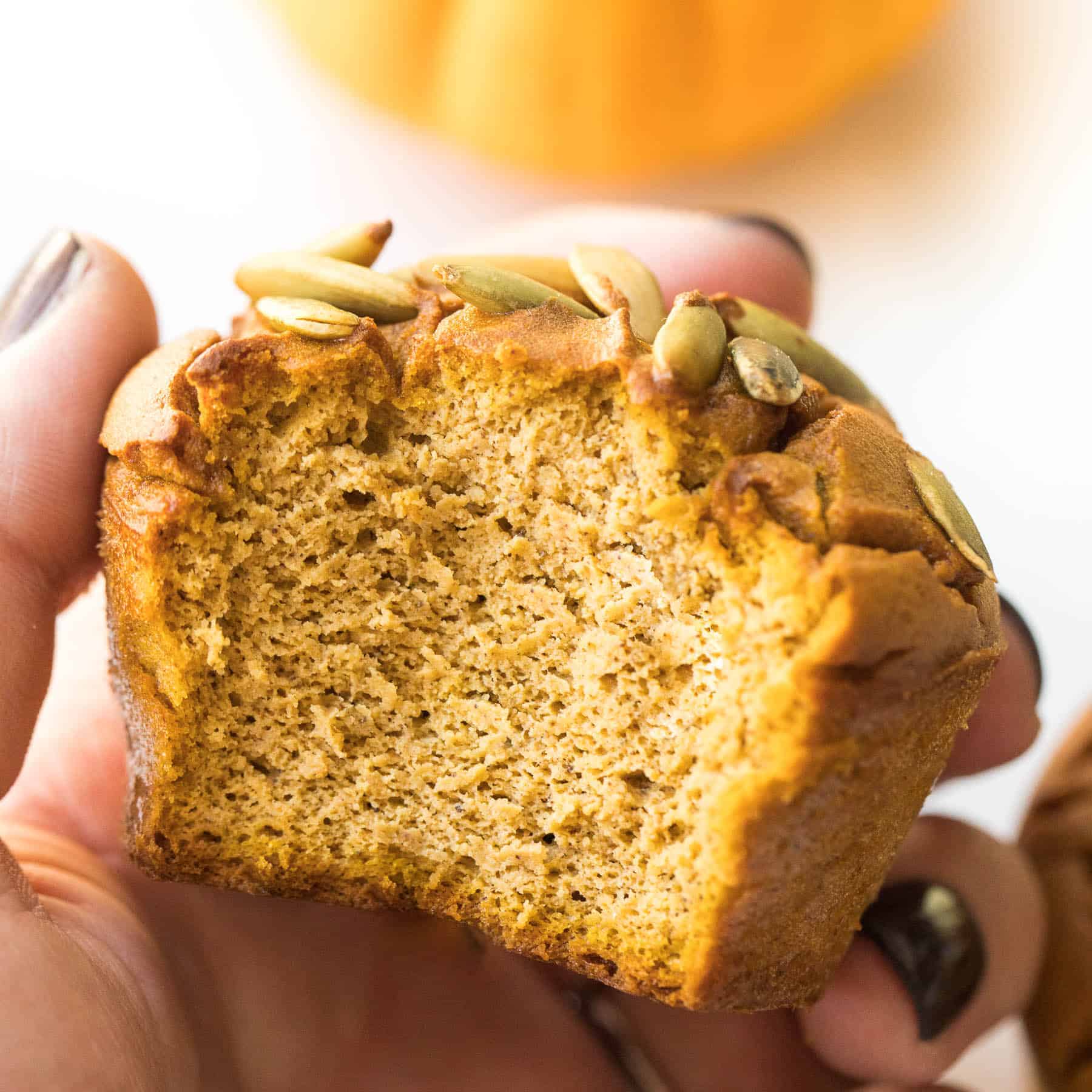 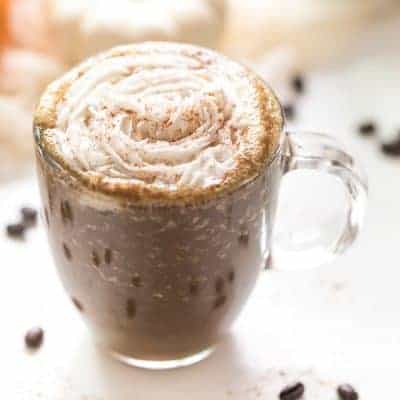